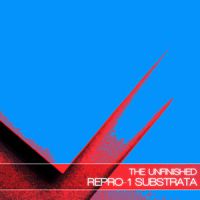 The Unfinished has announced the release of RePro-1 Substrata, a collection of 150 dark and powerful patches for u-he's Repro-1, saying:

Warm, distorted and atmospheric; Substrata provides a twisted, expressive and deep library of synth patches for the more driven and dynamic side of Hollywood film scores.

RePro-1 Substrata was inspired by composers such as Tyler Bates, Junkie XL and Brian Tyler, film franchise scores such as John Wick and Fast & Furious, as well as electronic artists such as Hybrid, Crystal Method and The Prodigy.

Designed to be surrounded by soaring orchestras, big beats and chugging guitars, The Unfinished says the violent energy of Substrata will hep you create compelling, dramatic, thematic soundtracks for your future scoring and electronic music projects.

RePro-1 Substrata comes with an NKS-ready version of the soundset, as well as native format, and is £19.99 +VAT.

Find Repro in the KVR Marketplace