Triple Spiral Audio has announced its first release, Beyond Dreams, a soundset with 100 patches for Zebra 2 from u-he.

The soundset is aimed at composers and producers working in the film, game and library music industry. The overall tone of Beyond Dreams is intended to be slightly dark and a lot of patches have a gritty distorted feeling. Beside that there are also some fun and weird fx patches included. The sequence patches are a bit lighter in tone. Categories included are arps, bass, bass loops, fx, leads, pads, ky (key and plucked), soundscapes, percussion and the earlier mentioned sequences.

All patches have been programmed to be used with the modwheel. The pitchwheel is also a major player in most of the patches, with effects programmed to it. The 4 XY pads add some extra dimension and functionality to the patches.

Naked demo with sounds from Beyond Dreams only

An audio walkthrough with a selection of patches played 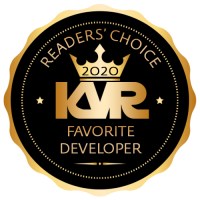