Small Room Acoustics On A Budget

Regardless of what you are recording (from an acoustic drum kit to the grittiest synth patch), you want your recording to sound great in the largest possible number of listening situations, (from large concert speaker arrays to earbuds) and that is why your listening environment is so critical. 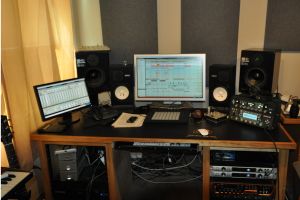 Making the best of a bad situation

Personally I haven't lived in a place that had a car in the garage since the late 70s. Every garage has been converted into a project studio. Three of those studios were built by my friend, recording engineer/ carpenter Chris Cooper. He began his career at the Music Annex, a 5-studio facility with large rooms/iso booths from the 70s, and is now working in his own small facility. He learned about acoustics by trial and error.

So, how does one achieve acoustic control on a limited budget? Chris offered to share some of his thoughts. 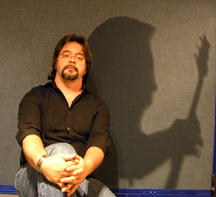 First, it is important to understand that acoustic room treatment and soundproofing have very different requirements, though the first can contribute to the latter.

Absorption means what is says: to soak up sound waves.

Dispersion/Diffuser means to breakup longer wave lengths into smaller ones with an irregular hard surface.

Room Modes (or Nodes) also known as standing waves, are when sound bounces between parallel surfaces. This subject is way more involved and complex than can be dealt with in this short article, more info can be found online. When the wavelength is a multiple of the room dimension, you will have a standing wave. It creates an acoustic phase problem. The frequencies (whatever the room resonates at) will be twice as loud close to the walls and cancel out completely in the center. 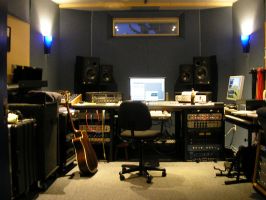 Small rooms have more issues acoustically than larger rooms, especially if they are square with parallel walls and low ceilings. Flutter echoes (high Freq short echoes, sounding like a spring reverb) are common in rooms with parallel walls and fairly easy to control due to their high frequency (short wave length) content. Standing waves (or modes) require more effort and careful planning.

The main problem facing small rooms is... they are small and space is at a premium. Obvious locations for acoustics also tend to be problem nodes anyway; corners, ceilings, alcoves/nooks, etc., so making use of these little used spaces is a good start. Corners are major bass collection points, so why not put control there? Same applies to the corners at wall to ceiling junctures. Got a funny alcove too small to be a booth? It could be a ready made bass trap that just needs to be filled with absorption material. Ceilings provide room for treatments, both absorptive and dispersive. There is usually at least 6" of vertical space that can be utilized in a standard 8' high room. 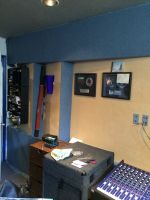 Acoustic treatments have come a long way in the last decade, with many different options available, including customizing with artwork/images. Depends on how much one wants to spend. There are also ways to create acoustic treatments if you have more time than money.

The only acoustic treatment I recommend staying away from are foam based products. They are not as efficient, decay rapidly (and unpleasantly) and burn way too easily, emitting dangerous fumes. (think Great White?)

One of the cheapest absorptive treatments is the furniture you already have in the room, chairs, couches, beds all make great absorbers.  Bookcases make fantastic diffusers. In fact the best that I can think of, since books absorb and are not necessarily uniform in depth and height on the shelf.  However, watch out for sympathetic vibrations from items on those shelves. Low frequencies can set many items "alight" with vibrations creating acoustic "noise" in your recording.

Curtains are great flutter killers. Low profile home-made wood diffusers can easily be assembled from plans found on the web.  Commercial 2" 2x4 fiberglass board acoustic panels placed over a box of 2x6 boards filled with fiberglass mounted on the wall, or curtains across the corners with cheap body pillows stuffed behind all make great bass absorbers... get creative.

Room acoustics for control room/listening/mix environments require a bit more finesse and planning, after all it's the critical listening position. The acoustics of the room are key to good mixing. Controlling low end is the most critical as a small room can easily burst with low-end and your mixes will come out sounding thin and lacking critical low end frequencies. If your room is too live the mix will come out sounding dull and lifeless. 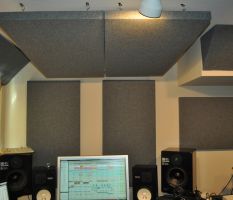 Ceiling mounted clouds (panels suspended from the ceiling 6" over the console or listening position) are a great way to help with early reflections at the listening position. They allow for some absorption once, and whatever waves pass through and bounce off the ceiling back through the cloud, get absorbed again. This allows for some reflections to get back into the room, keeping the overall sound live, but controlling the area directly below.

The possibilities for DIY acoustics are only limited by your imagination and your budget. Sometimes the cost of materials to build your own may equate to already made inexpensive panels, so spend a few minutes doing the math. Details of various panels, absorbers, and diffusers are readily found on the web.

If you are looking at creating a critical listening environment or control room for mixing, I highly recommend consulting with an acoustic designer to help you get a great sounding space that mixes will translate to the real world from accurately. Symmetry of the acoustics is very important in a critical listening space. It helps keep the stereo listening field accurate, and is even more important if you are mixing in 5.1. If your room is odd shaped or perfectly square, the treatment requirements become more involved.

Christopher Scott Cooper is an audio engineer, mixer, acoustics consultant, sound system designer and installer located in the San Francisco Bay Area. He would be happy to tell you more about Blue Seven Audio.