so this thing is like Contemporary Color? Triad?
Top

Weird that no one mentions this is on sale ATM
https://www.wavesfactory.com/summer-of-deals/
Outstanding plug-in with great dev support. Try it, love it, live it..
Top

Price isn't including that damn VAT. It could be good to inform customers about that on the website. I had a very bad surprise when adding to cart as a european customer.

"It is better to live one day as a lion than a thousand days as a sheep."
Top

Yeah Spectre sadly can't enhance the EU. Works well on everything else though.
Top

Is there a way to change the color palette?
Top

Both of their plug-ins are perfect diamonds! I use in every mix!
Top

Will there be a chance of adding a visual I/O sprectrum curve in the GUI? A big minus for me at the moment.

Spectre has been updated to version 1.5.1.

This update includes:
- New: auto-updater.
- New: macOS Catalina support.
- New: saturation and processing modes can now be tweaked all at once by pressing any modifier key (alt, ctrl, shift, cmd). Thanks for the idea @superwack.
- Improved: changing mode doesn’t produce any clicks.
- Improved: authorisation panel now shows success and error messages.
- Improved: UI can be set to default size in the main menu. Dedicated to those of you who put the UI at 200% and the bottom menu ends up outside of the bounds of the screen.
- Improved: resizable UI can now be directly dragged from the bottom right corner.
- Dropped: 32 bit support.

We have been thinking a lot about if we should continue supporting 32 bit systems. We made a poll and the results say that 90% of you are already working on 64 bit systems. Cassette has also been released without 32 bit support.
Spectre 1.5 will continue to have 32 bit support, but this update and future ones won't be available for 32 bit systems. It's something that we had to do sooner or later.

You can update directly by downloading the latest installer from the website:
www.wavesfactory.com/spectre 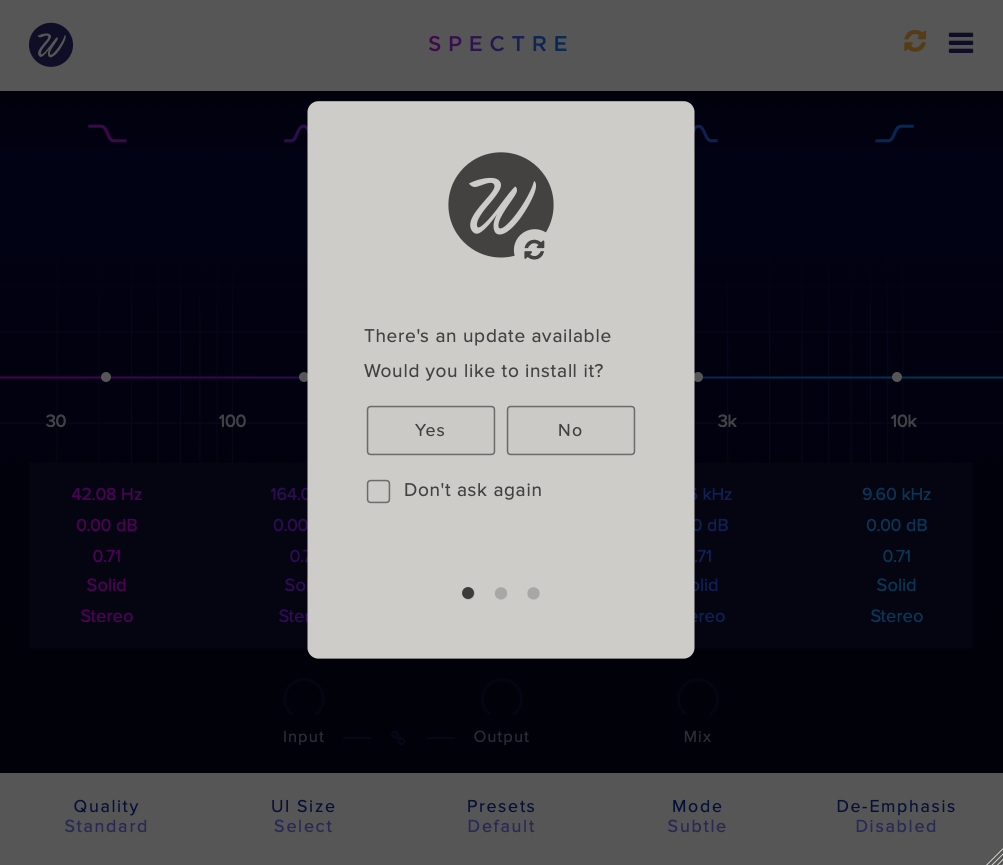 Great thank you for the update

Thanks, will test tonight

Thanks! This might be my favorite mix plugin.
Top

In the bag
My Soundcloud
Top

BeeDog wrote: ↑
Wed Feb 21, 2018 9:07 am
I'm definitely nowhere skilled enough to comment on the capabilities of this plug-in, but gotta say I LOVE the design of it. Truly a sucker for those highly stylized and clean interfaces.

I agree, it has a beautiful GUI.
Top
66 posts