I feel like I need to really embrace being a "Reaktor guy" and make it one of my major central tools and really invest myself in it. I Love VCV and MAX but Reaktor is more like a real electronic music instrument so it's more useful to me.


Reaktor was the second piece of music software i bought (um third, actually) and it is still my favorite. I often think i should have stopped there and used every minute since then in Reaktor.
Cool Edit Pro was the actual second piece. I got Audition for free and i use it almost every day still. Not the dumbed down CC vampire version.
gadgets an gizmos...make noise
https://soundcloud.com/crystalawareness
Top

Native Instruments have added a new ‘Racks’ category to the Reaktor User Library so people can now easily share their own rack creations: 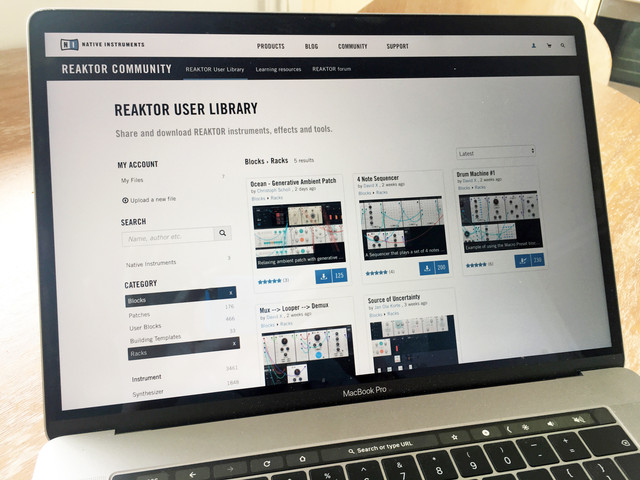 I have posted a couple of racks already, this one uses the Toybox Free Pack blocks: 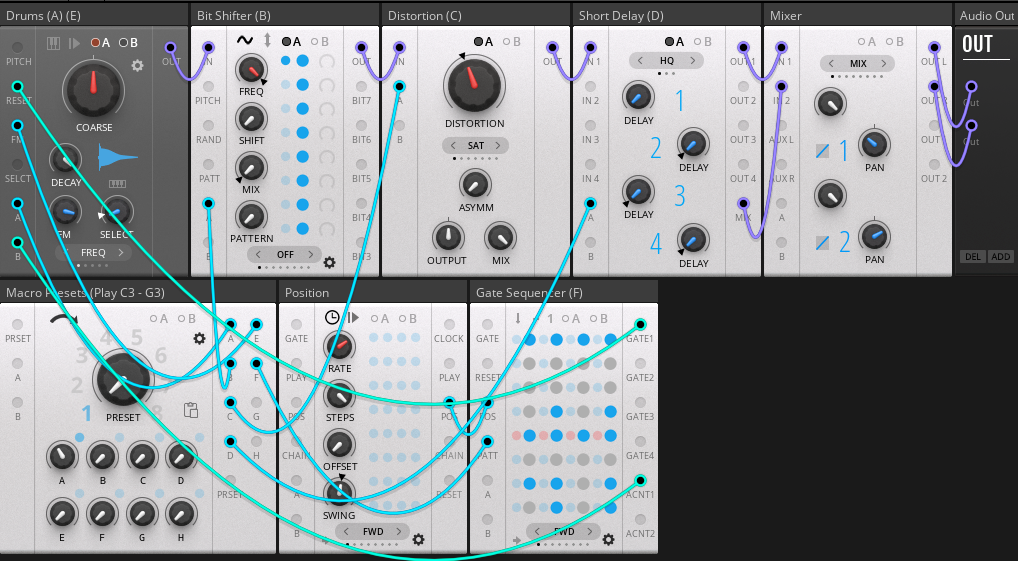 It’s a pretty simple drum machine patch that uses the Macro Preset blocks to modulate a bunch of parameters and effects with a single knob. To use it just hit play and then turn the big PRESET knob to jam on the different patterns and sounds.

The kick and snare sounds are played using a single instance of the ‘Drums’ block. The snare sound is selected using the ACCENT output port of the sequencer to modulate the SELECT knob on the block. 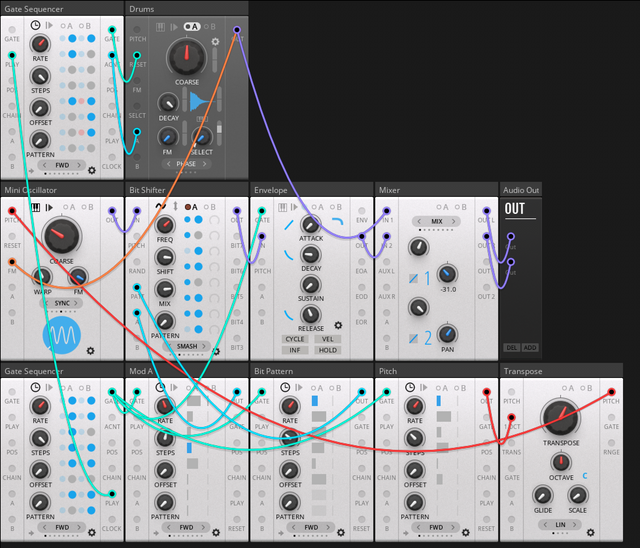 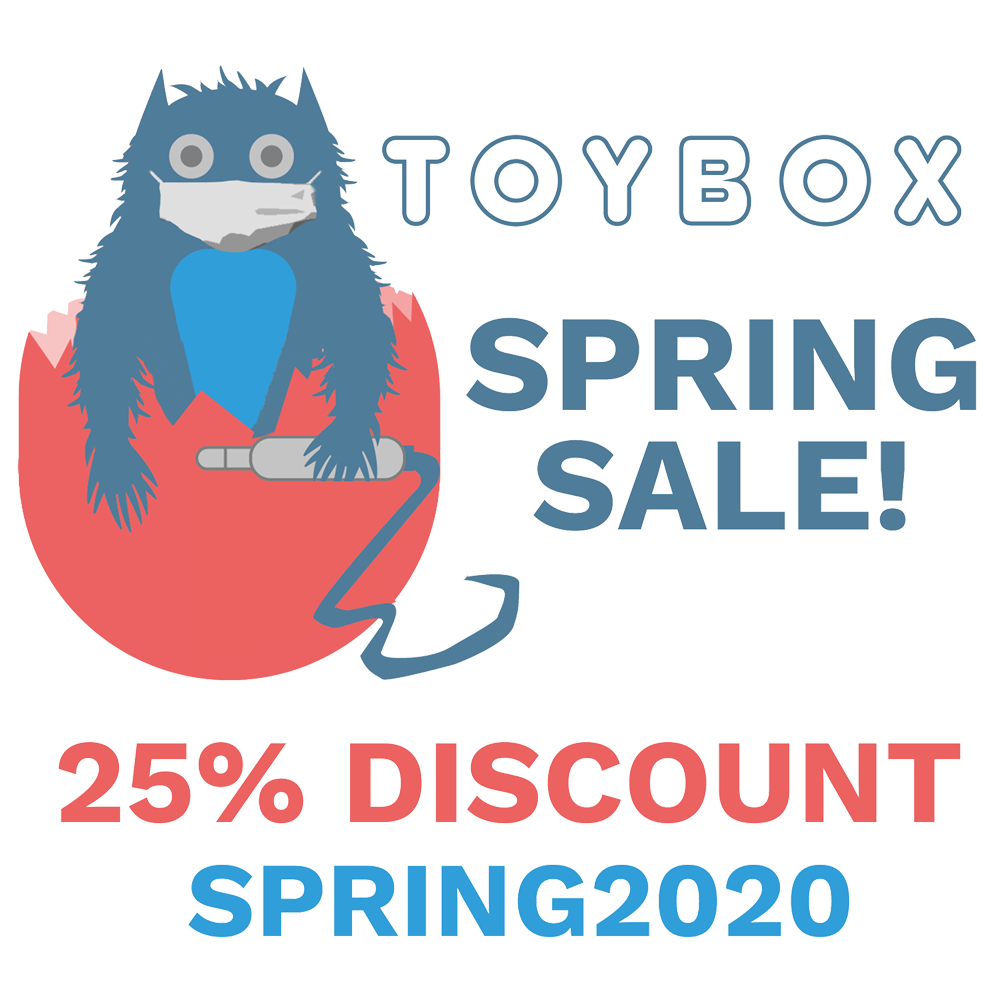 We are running a 25% OFF sale on all packs and bundles on the toybox site for the next 2 weeks. Just enter SPRING2020 when purchasing -->

We have been busy finishing off the V1.1 update for the Synth Bundle (free for existing users). The update will include fixes, some new blocks, plus a new GUI for the brilliant Piano Roll block (teaser below).

Email me via the website if you have the pack and would like to try the V1.1 beta. 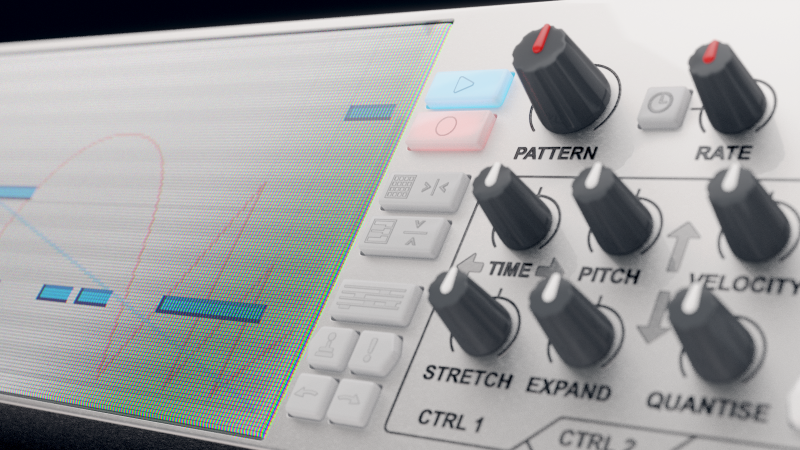 Just posted the first in a series of short demos demonstrating some of the racks included with the toybox packs. This one demonstrates the 'Repeat Sequence' rack found in the Designers Pack.

The video really highlights the quality of the 8-pole filters (designed by Vadim Zavalishin from Native Instruments), particularly when modulated at audio-rate. 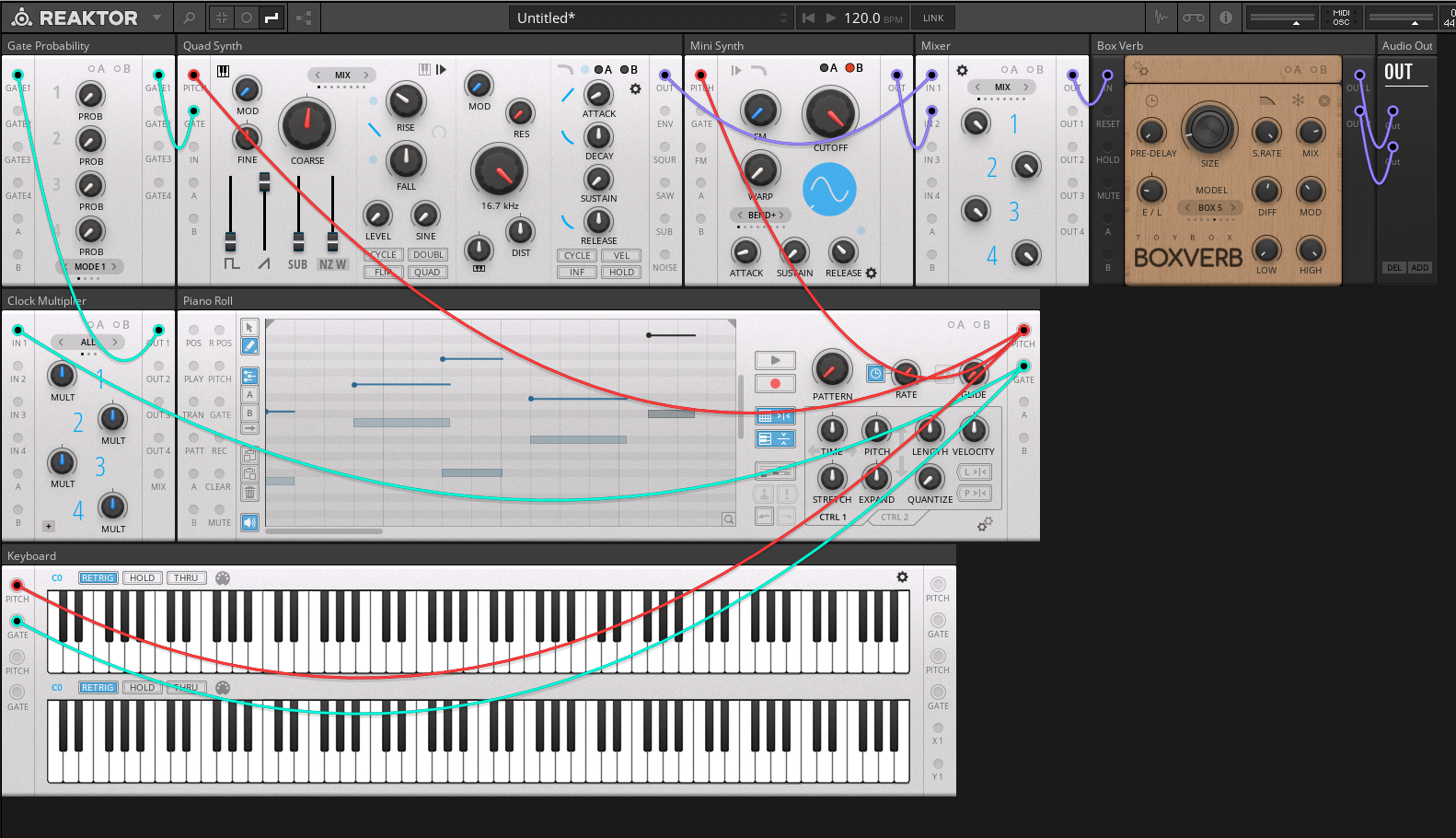 Here's a basic demonstration of the new Piano Roll block:

We are also running a 25% sale with the code SPRING2020 at https://www.toyboxaudio.com

GUI improvements - including a completely revamped GUI for the Piano Roll blocks with new features and improved workflow. Plus GUI improvements to many of the other blocks in the bundle.

20 New Blocks, including: + Many small improvements and bug fixes

Nicky just made just made another tutorial video explaining the controls of the Piano Roll block.

I've created an adaptation of the Lyra-8 in Reaktor, please take a look:

https://www.native-instruments.com/en/r ... how/13457/
You do not have the required permissions to view the files attached to this post.
Top

Holy schniztler. This thing can get into merzbow territory!
Stuck in Aperture Laboratories for a 2nd time!
Top

This video persuaded me to buy the Synth Bundle (last missing bundle).

This video persuaded me to buy the Synth Bundle (last missing bundle).

That’s great to hear. They are some great people, looking forward to hear your tunes! Stay safe!
http://qlasbeats.bandcamp.com
Top

Very cool! Thanks! I've been curious to try the Lyra-8, but can't afford one, so it's nice to be able to try it out this way!
Top
374 posts