SSL UF8 Controller - What do you think?

Could not see an appropiate section to put this in but as it is connected to DAWs I have put it here.
MODS please feel free to move.

Do anyone have, or a thinking about a SSL UF8 DAW controller?

If you already have one what are your honest thoughts?

There are other cheaper controllers out the but I am worried about the internal build quality of prtoducts like the Icon range as they are chinese.

For me at least, SSL is a much loved and respected UK company with a huge following among industry pros with amazing build quality and years of experience of Pro Audio desks at the highest level.

I would really be interested in the thoughts of anyone who has one or are thing of getting one.
Top 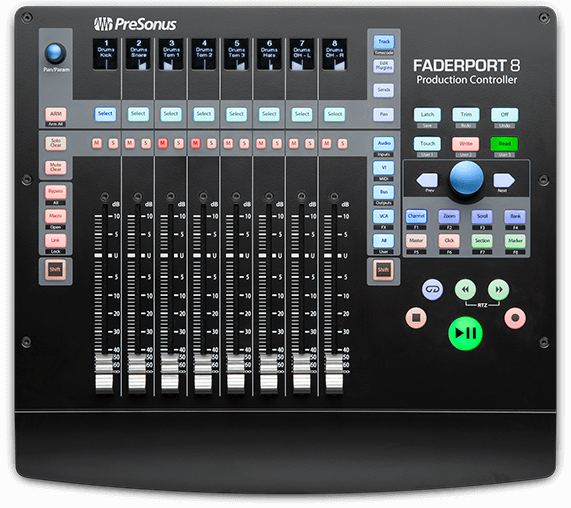 I looked at the FaderPort and it is 2nd on my list.
Top

Here's some feedback from Reaper users:


MixR wrote: Overall the hardware is of very good quality. However, and this is a disappointment to me, the faders do not feel that great. They are OK but I would have expected them to feel a little bit less plastic-y. As they are they are nothing special. My Pro Control has nicer faders in comparison and these do not come close to a fader of an SSL desk. Perhaps I was naive expecting anything resembling the feel of an Ultimation fader. I don't want to be harsh and am sure I will need some time getting used to the unit but my first impression is that these faders offer a pretty standard control surface feel. The distance of the faders to each other is good though - but because the Solo/Cut/SEL buttons sit in the upper half of the throw the feeling is a bit more cramped than I would like. Like I said it'll probably just take some time getting used to them.

I had been unable to find any information regarding the physical/tactile feel of the UF8 so far so thought this info (albeit very subjective) might be useful to some.

Another couple of things I am finding less than ideal are:
the feel and noise of the big wheel. It feels plastic-y and makes an unduly loud noise when turned. I am looking at my Waldorf Microwave and am thinking of the missed opportunity.
No palm rest. Perhaps SSL thought it'd be a waste of space or it would not look nice. If you are used to resting your hand/palm under the fader then this is will not work.

Beware that the SSL may require software to run as well, unless you're using it in Mackie mode. Definitely read the manual if you get a chance and figure out how setup works in your DAW and what if anything in addition is required to run.

The Faderport 8 lacks encoders for pans, which would be a dealbreaker for me. Seems like such a dumb omission IMO. Also, if you're not using it in Studio One, I believe you can expect reduced functionality unless you happen to be using Reaper+CSI where you can get a lot of that functionality back. If you're in Studio One and happy with it, it's definitely a good option. Otherwise, I personally wouldn't recommend it.

Honestly, and it pains me a little to say it, the Behringer X-Touch is the surface that probably adheres most to the MCU protocol without jumping through hoops and will work best with most DAWs. I don't think you're getting studio quality build on any of the above, so I'd be looking at compatibility. The X-Touch is essentially a pure Mackie Control unit, hence why it works so well everywhere. And you don't hear too many complaints about build or quality control. Most of these surfaces will have plastic faders and cheap feeling encoders, that just seems to be par for the course, so you may as well get something that's compatible with most DAWs. Note: if you're on a Ryzen system, you'll likely need to update the firmware to get the USB to recognize the X-Touch.

I hear a lot of complaints about the ICON stuff not offering good quality and/or support, so that's a company I'd scratch off the list. Otherwise, they're mostly adhering to MCU although at times, go about it in a weird way.

Last up would be the Avid controllers. I've got an Artist Mix (in addition to an X-Touch One) and the overall look and feel of the unit is great (though the surface is a dust magnet), the faders feel pretty good, the encoders less so (but are functional), and the displays are absolutely terrific. But it doesn't include transport controls and other items you might find in an MCU surface for less. I wonder how the more high end Avid controllers are, but they're quite pricey, and you really want to use them in DAWs that support EuCon (or again, Reaper+CSI) to get the most out of them.
Top

Thanks for the replies everyone - all food for thought.
Top

event2020 wrote: ↑
Sun May 16, 2021 5:16 am
There are other cheaper controllers out the but I am worried about the internal build quality of prtoducts like the Icon range as they are chinese.

This thing is too, like most of the affordable stuff out there...
Top
6 posts • Page 1 of 1