For physical modeling I would say it might be a little bit more logical to separate out the acoustic and electric instruments at least in the string family. MODO BASS is very specifically electric bass and while there's a semi-hollow in there, it would still be a bit different a process to do an upright acoustic bass, for example. Though if (just to be clear that's an "if" situation) we were to do MODO GUITAR it might lean electric or if it also included acoustic guitars they would be quite different a process to recreate.

We've been waiting nearly 5 years since MODO BASS so I would hope that it is being actively developed since it's a bit more complex than the bass with different playing parameters but in the very first MODO BASS video had guitars and drums as well as the bass. From memory it also had electric pianos too.

I will assume that a virtual electric guitar is in the works but no one will conform or deny it. It was like MODO DRUM. The only indication will be a debut video talking about some great new instrument that will feature electric guitars. And then we'll know...

You have here a polite and nice developer answering all your questions and inquiries instantly.

And in return most of you are ungrateful, and sometimes even disrespectful.

This software hasn't become a serious competitor to other drum libraries and VSTi's for the lack of intensive marketing and online reviews /demos showcasing what this software is really capable of. No big names, just amateur or semi-pro home studio owners with quick walkthroughs.

That's on IK. Of course.
Buy guys, help out, and put out some decent demos, spread the word, and the guys at IK Multimedia will be more than pleased to add updates or expansions in the future.

I find that Modo Drum's presets are awful sounding and unusable in a real production/mixing scenario. I myself have loved the concept, but it's not easy to work with. Too many options in separate places, and too much to handle with good real starting points. But you can achieve things like this:
https://www.youtube.com/watch?v=u2tW44VX6IQ&t=21s

Peter, how can I get in touch with you to elaborate on this? And maybe talk about producing some real-life example demo videos, new preset packs (you can easily have Mix-ready presets with all those fx and processing modules inside the plugin!!!!), and give a few suggestions for the user interface, and future additions.

Guys!! Share your sound and tips and ideal settings!!

Just picked these up in the Group Buy. A few thoughts:

1. The workflow/layout of the interface is pretty terrible IMO: 2. The room options are beyond awful. Are people very frequently recording drums in a "bunker" or a "cathedral?" They should've placed these modeled drums inside the Sunset Studio rooms and just had better studio rooms overall. Very strange choice.

3. Some sounds seem to have built in processing. Why? See the Studio Kick drum. How do you remove the very audible reverb that's in the OH on the kick, that just isn't as present on the other drums?

4. As pointed out many times before, the sampled cymbals do not sound at all realistic. Just try riding the crash and ask yourself if that sounds real. The hats don't offer enough articulations either.

5. I didn't like any of the presets I've heard. I dunno, maybe someone loves them, but that is not how I expect drums to sound.

6. You can add damping to the heads, but not the kick drum itself to shorten it. What's up with that?

7. The tuning for the heads doesn't seem to have a very profound impact in my limited testing. I've got a kit and the basement and you can definitely make big difference just by changing the tuning on the beater head.

But...there's some good stuff. There's definitely a realism on the drums that's very lively and dynamic, particularly with snare rolls. I was just experimenting with layering MODO Drums (no cymbals or hats) with a BFD3 kit, and it sounded really good. Didn't do anything to try to match the kit pieces, nor did I mute the kick and snare on the BFD3 kit, just layered them as a group. The combo sounded much better than either by itself. MODO added some extra movement to the kick/snare/toms and BFD3's hats/cymbals with the swell modeling along with the better sounding room, really upped the realism of the MODO kit. It sounded like modern drum replacement where you're throwing a sample under an acoustic kit. Really great sound.

MODO Drums by itself could really benefit from some improvements to the areas I outlined above (an interface makeover and better cymbals). But if you have other drum software you can layer it with, give it a shot. It may just surprise you.
Top

I just picket it up in the group buy, too. I was never impressed with the presets and demos I'd heard, but I saw someone demo it without a lot of the fx, etc turned on and it sounded really decent. I guess this is one of those plugs that takes a bit of tweaking to get the best out of it.

Definitely gonna' try your idea of layering with another library. Thanks for the tip!
Top

Right now, it's on my M1 native Logic template. I'm not terribly impressed, it doesn't sound as good as ADD2, but that's still just Intel and on my Rosetta template. Something like this should be able to do more articulations, but is confined to GM mapping.
I predict IK is going to leverage new versions of things to give us M1 users native ARM. MODO Drum had to be fixed for the M1, and they made it native. So, if they choose to do it, they can.
Native capability is my new bee in a bonnet with IK.
Jai Guru Deva....Om.....
Top


MODO Drums by itself could really benefit from some improvements to the areas I outlined above (an interface makeover and better cymbals). But if you have other drum software you can layer it with, give it a shot. It may just surprise you.

I agree with almost all of your comments. The biggest issue for me is the lack of detailed cymbal samples. It could use with a better rooms and for me a bit more tweaking options for electronic kits. I use the TD30KV here. It is adequate. Sunset is an excellent verb. That would be a nice upgrade for Modo Drum 2.
www.dotbmusic.ca
Top

What MODO DRUM is really lacking is a realistic 3D space to sit in. I use Virtual Sound Stage to get around this.

IK needs to build that type of room simulation into MODO DRUM 2. 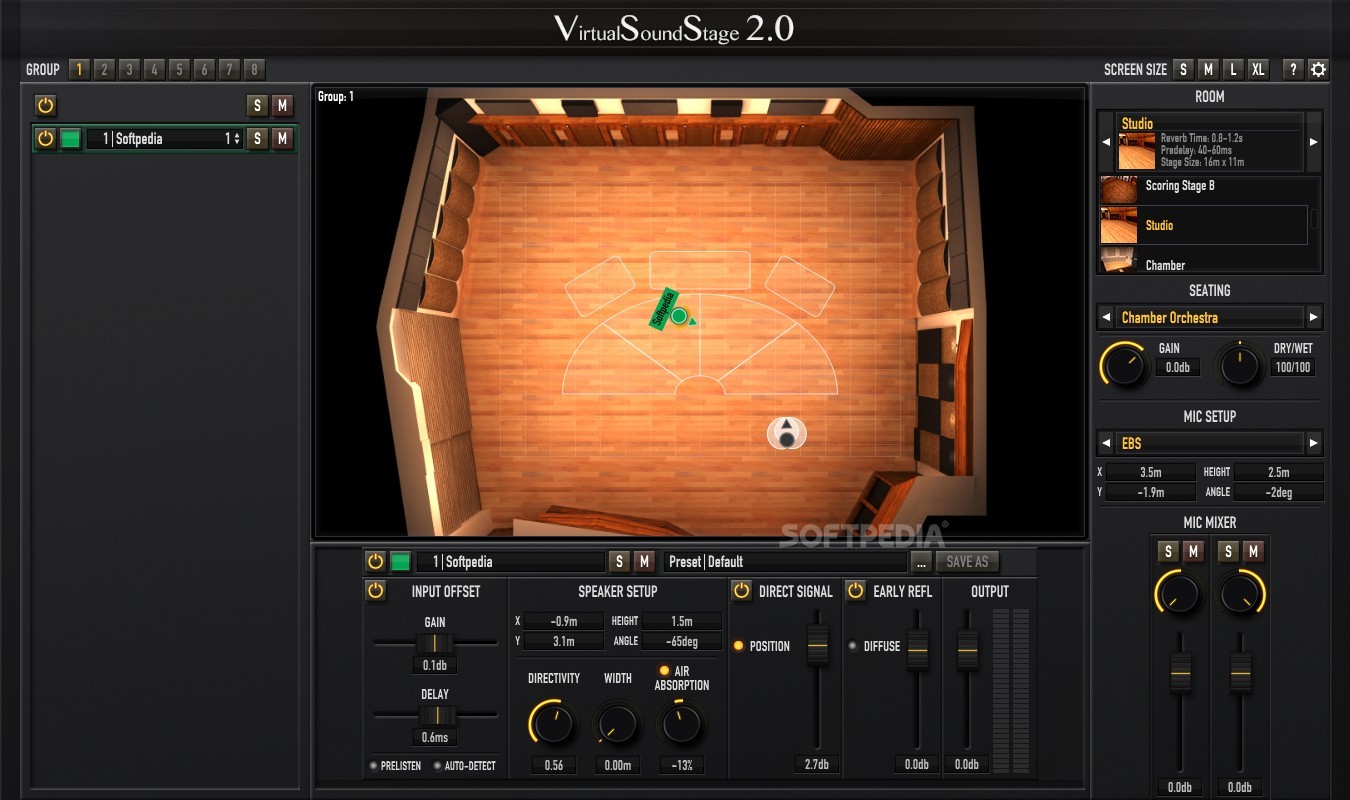 Why? That doesn‘t make sense, especially because you have a perfect solution. Usually I would want to put my instruments in the same space, that means on a fx track. Included space would sit unused in any instrument and I would never expect the same quality in an internal space than I can get with a dedicated tool for that purpose…! And you have it already…
Top
565 posts