I’m about to record Episode 50 of the podcast and I’d love to hear any questions or comments you have about the series. Guests have included Fatboy Slim, CJ Bolland, DJ Rap, Andrew Huang, Gwenifer Raymond, Infected Mushroom, Tim Exile, John Grant, Dave Clarke and loads more. 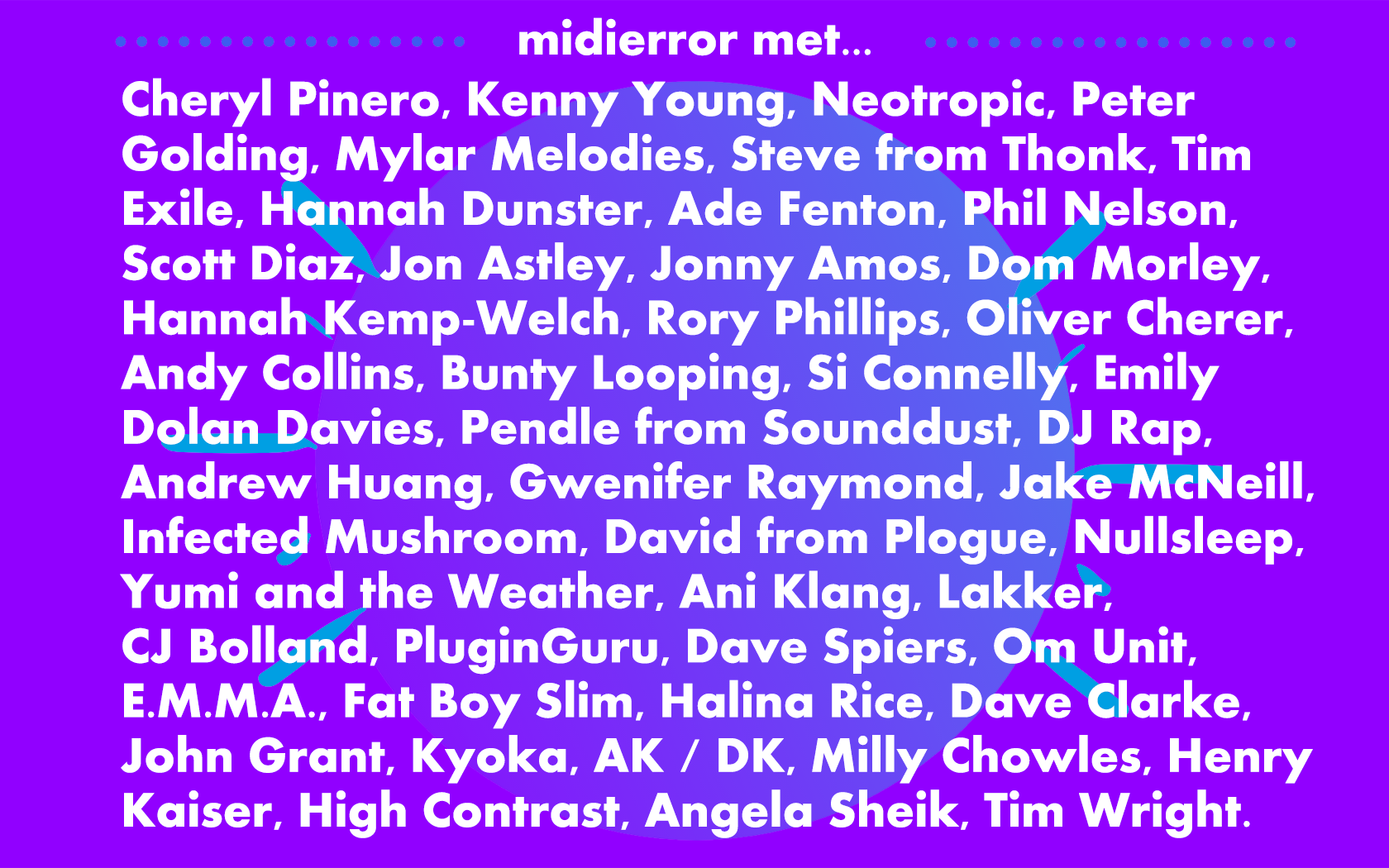 If you have any questions from the folowing episodes, leave a message here:

Angela Sheik is a self confessed loop pedal guru - with a wealth of experience playing live with them, demoing them and she even won a US national competition for performing with them! She uses a wide variety of instruments when playing live to captivate and engross her audiences; fusing sounds of her voice with Micro Korgs, Auto Harps, smashing plates, and more.

She’s captivated listeners throughout the US and Europe and has opened for acts such as Meshell N’Degeocello, Julia Holter, Midge Ure, and Joseph Arthur. She has toured, spoken, taught, and lead workshops nationally and internationally, and is a passionate advocate and educator of women in the music industry.

Tim Wright has had an expansive career as a composor and sound designer working on video games as far back as the VIC-20. He later went on to score Lemmings, Shadow of the Beast 2, and the era-defining WipeOut series while working at Psygnosis - where his tracks played alongside The Prodigy, The Chemical Brothers, Orbital, FSOL, Photek, Leftfield and others.

Post Psygnosis, he was part of Jester Interactive Limited who produced MUSIC - Music Creation for the PlayStation; a ground breaking music making program for the masses which was followed by Music 2000 and then MTV Music Generator on the Playstation 2. He was also part of the eJay music software team, designing a new version of the dance & hip hop eJay music software for Empire Interactive.

Fiona Brice has a wealth of experience across a spectrum of musical adventures - from touring for 10 years with Placebo to creating arrangements for and performing with the likes of John Grant, Anna Calvi, Jay-Z, Kayne West, Liam Gallagher, Kelly Jones, and many many more.

She released her solo album ‘Postcards From…’ in 2016 on Bella Union, and there will be a follow up next year once the vinyl is ready to ship. She explains how she stays healthy on tour, what an orchestral fixer does, and what it’s like to bridge the gap between artists and “classically trained” orchestras.

This is the penultimate episode of the podcast!