What is the best "Closed-Back Studio Reference Headphones"?

If you are new here check this forum first, your question may have been answered.

Most probably I'll get these DT 770s; but first I would like to know opinions about the Focal Listen Pro.
Top

tony10000 wrote: ↑
Mon Nov 29, 2021 7:06 am
Audio-Technica ATH-M50X. Most comfortable and your tracks won't be super bass heavy. Good to check freq response on a scope and check with TB Morphit or Waves Nx with freq response curve adjustment for critical stuff. I also have Sony 7506s but are not nearly as comfortable.

Thanks, I would like to compare these with the Beyerdynamic DT 770 and Focal Listen Pro.
Top

Closed back, good isolation. Combined with the plugin you genuinely have a way of making a mix that will translate well to anything… assuming you know how to mix

Downsides - you have to use it with the plugin. Build quality on the original models wasn’t great, but has since been improved. So make sure it’s the latest model.

Not for mixing. I want closed-back studio heaphones for recording acapellas and writing ideas on the go. Now after seeing recommendations, I would like to see a comparison between Beyerdynamic DT 770 and Focal Listen Pro.
Top

Audeze, I love them so much, but they are too heavy.
Top

Guys, what about the Beyerdynamic DT 1770 PRO? thanks in advance!
Top

I've heard good things about them, I haven't used them though.
Top

Audeze, I love them so much, but they are too heavy.

I think you’ve given yourself an answer here - the “best headphones” are no use to you if you can’t stand to wear them for a longer time. In my opinion way more important than the last 5% or whatever in sound.

That being said, I am a fan of beyerdynamic headphones, I have the DT770 (closed), the DT880 pro (half open) and the DT1990 pro (open).
The latter is definitely the best one of the bunch, soundwise, but of course 2-3 times as expensive.
But I could of course work with any other quality headphones as well, I just like the feel of the Beyers, but that, as always, is highly subjective.
Top

No matter the price, you say?

Sennheiser HD820 beat everything else mentioned into the ground, but the price is

Audeze, I love them so much, but they are too heavy.

I think you’ve given yourself an answer here - the “best headphones” are no use to you if you can’t stand to wear them for a longer time. In my opinion way more important than the last 5% or whatever in sound.

That being said, I am a fan of beyerdynamic headphones, I have the DT770 (closed), the DT880 pro (half open) and the DT1990 pro (open).
The latter is definitely the best one of the bunch, soundwise, but of course 2-3 times as expensive.
But I could of course work with any other quality headphones as well, I just like the feel of the Beyers, but that, as always, is highly subjective.

Thinking better, I'll reconsider the Audezes. Which one is the best for recording vocals and arranging some ideas? and how it could be compared with the Beyerdynamic DT 1770 PRO. Thanks in advance!
Top

Sennheiser HD820 beat everything else mentioned into the ground, but the price is

I wonder if my Universal Audio Apollo x8 could handle these ones.
Top 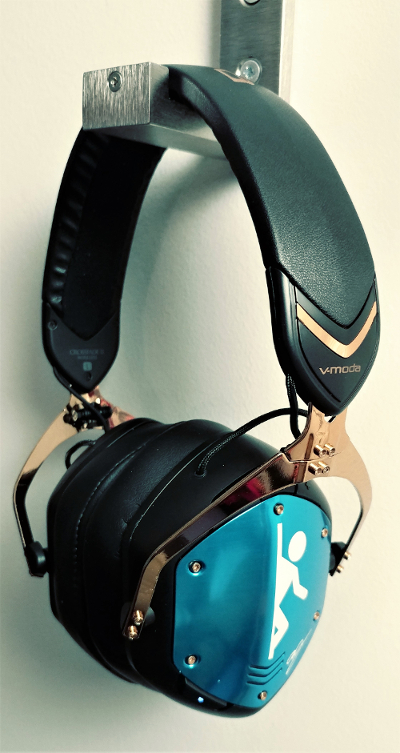 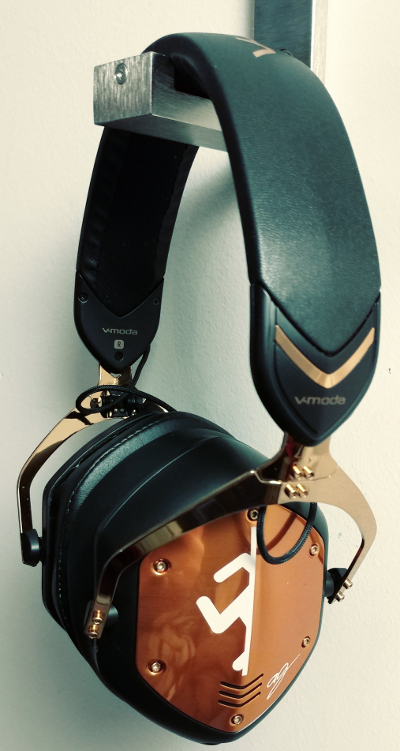 If the Earth was flat, cats would have pushed everything off the edge a long time ago.
Top

I am on my second set of DT-770's going back to last century, I have At's and I had a set of Sony 7506...my biggest thing in my monitor chain (be it speaker or headphones) is keep it the same, dont change it if you can help it. I am growing and learning with these and have been for decades, I am comfortable with them, I have long such adapted to the idiosyncrasies of them and I use the others for company of contrast. If I changed now I would take for ever to relearn the characteristics of the new system that differ from the old.

I honestly think this is a very difficult to ask others, in retail we had a wall of headphones and a recording studio with all our monitors on display hooked up to multiple choices of power amps (but we would do whatever it takes). I honestly believe the very best answer to this question is mine but only for me

When looking for recording mistakes (eg. some noises like piano bench squeaks or accidental microphone stand kicks during recording) or during mixing, when making setting changes on compressors, EQs, reverbs etc I found the Austrian Audio Hi-x55 to be probably the most detailed sub £800 headphone I have ever heard/tested. I could clearly hear setting changes that were not audible on Beyerdynamic DT1990, on HD600...these Austrian Audio cans were giving me more info than a Meze Empyrean. I'm not saying that it's a better headphone (because they are not, especially not for pure enjoyment). But as far as detail, they are as "detailed" as it gets. I would go so far that these are the most detailed closed back headphones I have ever heard, and eg. for something like picking up mistakes in recordings, being able to hear the miniscule differences between double takes (eg. when recording something like a fast unison guitar line) etc the Hi-X55 is better than an LCD-X ,as good as a Focal Clear (obviously as far as overall performance these are superior to the Austrian Audio but they also cost 5x more, they are open designs so very different cans, it's really not a fair comparison). Also, Hi-x55 has got very low THD, so you can easily correct it's somewhat weird frequency response. If you use some corrective EQ software like Sonarworks or DSoniq Realphones than the Hi-x55 would be my first choice. (It is also very comfortable)

As far as out of the box most "flat" frequency response, it's probably either the SHURE SRH-1540 or the Ollo Audio S4R: https://olloaudio.com/products/s4r-rec ... headphones. Both really well built, for my weird shaped head and my giant elephant ears

If possible, you should try all 3 of these, each has got it's own advantages and disadvantages. Comparing them:

Austrian Audio Hi-x55:
- by far the most detail;
- by far the clearest instrument separation;
- great spatial precision;
- by far the best as far as how small setting changes (for example on compressors, reverbs etc) are audible. (This is true even comparing it to headphones 5x-10x it's price. The only other headphones I found to be equal or better in this regard is the Focal Clear and the Sennheiser HD800.)
- This extreme amount of detail can be "unnatural", for example listening to a live concert, you wouldn't hear music the same way, in a real concert you would hear half as much nuance/detail.
- great THD= it can easily handle even the most drastic EQ-ing;
- out of the box the least flat frequency response;
- very well built and comfortable.

Shure SRH-1540:
- flattest frequency response;
- not so great THD = can't handle drastic EQ-ing (but it hardly needs any EQ-ing so...);
- well built and comfortable (for my head shape a bit less comfortable than the Hi-X55 but still not bad);
- a bit more "sweaty" than the Hi-x55
- the ear cups can’t swivel

Ollo S4R:
- the newer 1.1 version has great frequency response out of the box;
- the least comfortable for me
- because my ears are a bit too big for the cup to sit around them, they are sort of "on ear" - at least in my case -, so sound sealing/sound leakage/isolation is not as great as on a lot of other closed back cans,
- so for the above reason it's not ideal for me for recording;
- fantastic customer service;
- it's a boutique company, oriented solely towards the "pro" market, so for example each part of the headphone is easily repairable/replaceable;
- their "green-sustainable" slogans are not just bullshit, they really do try to make an effort (from the packaging to the "upgradable design" concept).

Finally: I'm not sure it's the best idea to have a single can for recording and also for mixing. I would rather suggest to buy some closed back headphone with amazing sound isolation/sealing capabilities (for example I use for this the Sennheiser HD280) and than have a great open back for mixing. If money is not an issue than HD800/HD800S; Focal Clear; HEDDphone; the 2021 LCD-X...if you don't want to spend this much than HD600/HD650; Austrian Audio Hi-x65 with EQ...Also, iff you want to use Sonarworks, than you could have an individually calibrated HD650 for around 500EUR. That's an insanely great value proposition for mixing, Sonarworks guarantees ±0.9dB precision with their individually calibrated cans. There is not a single recording studio control room in the world that could give you a listening environment with less than ±1dB deviation from "flat".

Obviously frequency response flatness is not everything, but still...

This is a very subjective choice, and like others have said, it's about learning the cans you use. In my mind, there is no such thing as "the best headphones". I suggest using randad's approach: go to a music store with a headphone wall and see what you like. I went to the one by Place Pigalle in Paris, and boy was I surprised by the differences in sound! I settled for the 7506, but that's just me. Also note that most headphones need say 30 hours of burn-in time before they're accurate, so you can't judge their sonic profile when they are new (I almost returned the 7506s).
Thu Oct 01, 2020 1:15 pm Passing Bye wrote:
"look at SparkySpark's post 4 posts up, let that sink in for a moment"
Go MuLab!
Top
41 posts

Return to “Getting Started (AKA What is the best...?)”