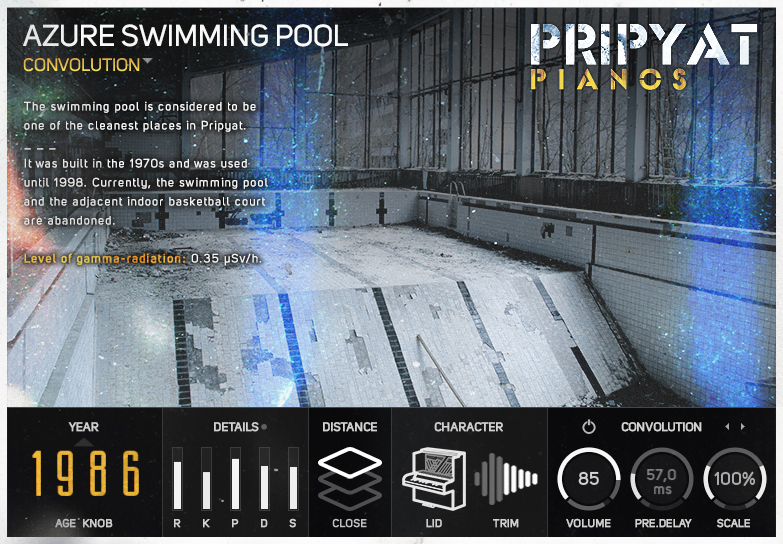 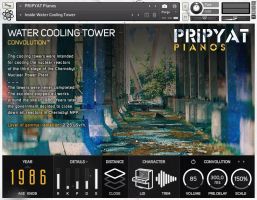 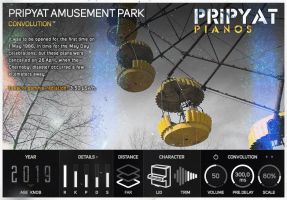 They were silent for 33 years

33 years of harsh weather conditions and radiation, 33 years of silence, 33 years of hopeless expectation of human touch. Pripyat Pianos is a sound museum, created 33 years after a massive man-made disaster that has affected hundreds of thousands of lives. This is the mark of the elapsed time.

For seven years our team has made more than 25 trips to the city of Pripyat for detailed collection of audio materials. We've found and recorded 20 instruments in various parts of Pripyat that are of different levels of preservation and functionality. This amount of instruments was necessary to create a tool suitable not only for sound design, but also for writing compositions. Our goal was to create a virtual instrument which will show the nature of the degradation of instruments under the effects of harsh weather conditions and radiation, yet which also would have the most pure sound. All the pianos we could find participated in the creation of the final sound.

An Apartment in Pripyat or a Nuclear Reactor Chamber?

One of the important features of Pripyat Pianos is the Impulse Responses collection for Convolution Reverb, recorded in well-known and not-so-known Pripyat sites, including the territory of the tragically known Chernobyl NPP. A series of rooms and open spaces from Pripyat are at your disposal. Some presets are more invisible and will give a light shade to the sound of the instrument, and others will convey the scale of city structures or internal structures of the 5th power unit of the ChNPP.

Age Knob – a slider that changes the instrument's behavior depending on the years of degradation from 1986 to 2019. The regulator allows you to hear almost untouched sound of notes from 1986. You can add special, lively notes, creating a unique sound with small age changes from 1986 and up, or a radical change installing 2019, which represents the current sound of the instruments at the moment. The sound of 1986 was created using the most suitable pianos and their keys. However, even they have string artifacts that we decided to leave to preserve authenticity.

Each of the 23 presets is supplemented with a photo of the place where the Impulse-Response was recorded, a brief description and the current level of gamma radiation in that particular location. Simply select the place you like from the drop-down list, touch the keys and feel the atmosphere of the Dead City. The main elements of control are the distance to the instrument, the ability to shorten the start of samples, adjusting the opening of the instrument lid, the convolution reverb control, as well as more detailed elements in the form of overtones, keystrokes, sustain pedal mechanism, dampers and the layer of sympathetic resonance, which was collected from 20 recorded pianos.

At the end of each trip, shoes and clothes were thrown away or thoroughly washed out taking into account the radiation contamination of the soil, asphalt and dust particles in the air. Unfortunately, as you know, radiation accumulates in the human body, summing up to the dose that has already been received and will not be removed from the body throughout life, some isotopes will be active for thousands of years, i.e. much later than our death. We shortened our lives to create a truly unique instrument.

It is actually hard to pass out the right number of stars for this one as the sound is not an ordinary piano, neither is the interface. The piano tries to convey the atmosphere of the abandoned city of Pripyat, the center of the melt down disaster in Tjernobyl april1986. The result is both sounds and a visual interface (pictures) that is kind of "suspense" like. My thought goes to scores for horror movies. And what a horror the disaster itself must have been. So in that respect it is a full 5 star. The interface comes with a bunch of pictures from Pripyat and also convolution IR's that is recorded on different places in the city. The different IR sites is given as both presets and as a convolution menu to choose from. I was however kind of surprised that there was almost no difference between the presets. At first I thought it was something wrong with my installation, but I found a review on YouTube that took me through most presets and they sounded just like my installation. So no matter if the IR is in a huge hall or a small room, they sound much alike. In that respect it is not a 5 star. Also the installation procedure is a little querky and not up to todays standards, so that would also call for a lesser number of stars. However I have bought this for the sound and even if it is not for everybody, it fits right into my projects, and the sound is what it is all about, right?