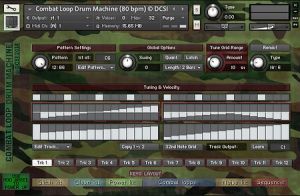 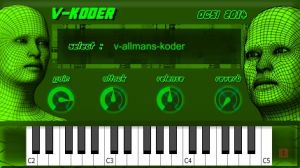 DCSI, a new independent developer, has released his first productions: Combat Loop Drum Machine and V-Koder. As free downloads these sample based instruments are each available in two different versions - a Kontakt Instrument and a Windows VST instrument plug-in.

V-Koder is a free sample based instrument, originally recorded, designed and edited by DCSI, bringing you 3 vocoded, nonsense voices.

The soundsets are spread across 3 octaves with different effects and parameters available depending if you use the Kontakt or the VST version.

Moreover the use of your MIDI controller modwheel in the Kontakt version adds a talk-formant effect, and in the VST plugins a LFO pan effect.

Discussion: Active
Zombienation
8 February 2014 at 9:30am

Hi there. Is not correct.

Only one is available through the Facebook platform, all the others are available on the website/blogpage as free downloads.

You're welcome to visit and download from there. And even the one available only on Facebook, when a next new freebie is coming to take its place, will be available on the blog as well.

Wishing you a good day.