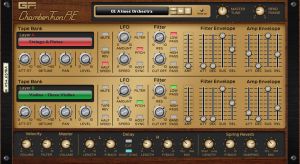 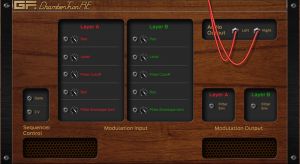 GForce has announced the release of ChamberTron-RE, a new Rack Extension for Propellerhead Reason inspired by the tape replay keyboard originally invented by Harry Chamberlin in the 1950s, which, via a fascinating twist of fate, gave rise to the Mellotron.

Use ChamberTron-RE either as a straightforward playback device for these rare and iconic sounds, or, via the dual-layer and comprehensive editing features, create your own bespoke, hybrid patches which inject all the character from yesteryear without the expense of owning and maintaining an original Chamberlin tape replay instrument.

NB: The vast majority of the tape banks contained within ChamberTron-RE were kindly provided by the original Tron makers, Streetly Electronics. Their tapes provide different tonal characteristics to those used in the GForce ChamberTron Expansion Pack for M-Tron Pro.