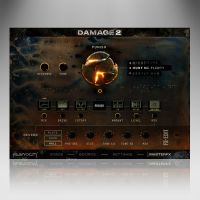 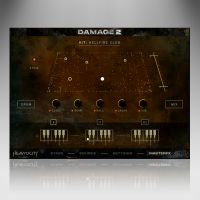 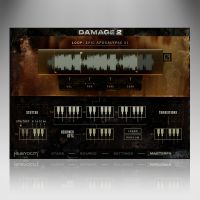 Heavyocity Media has released Damage 2, the sequel to the original Damage.

With over 40,000 samples, Damage 2 delivers nearly 60 GB of pure percussion. The Heavyocity team brought in truckloads of drums and percussive elements for the D2 Sessions; an arsenal of 24" to 72" gran casas, 24" to 60" Taikos, bass drums, giant snare ensembles, toms, ethnic drums, and myriad found sound elements. They even struck and sampled a dumpster on the scoring stage at Skywalker Sound. Now, these nearly-1600 sources have been placed into the hands of artists, composers, producers, and sound designers -- with five discrete mic channels (Close, Room, Hall, LFE, and CRUSH), and a highly-customizable performance and effects engine.

As a "powered-by-Kontakt" instrument Damage 2 offers all playback and sound-shaping functionality through the full version of Kontakt 6.2.2 or the free Kontakt 6 Player.

oh yeah....nothing against heavyocity, butt, Ive done ok so far without this, I reckon I can go awhile yet before I would consider forking out dough at a reasonable price- as it is, Im not even tempted to hear it.