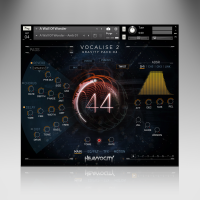 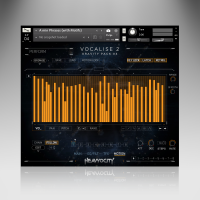 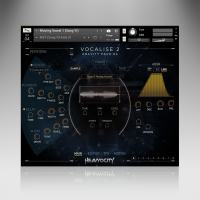 Heavyocity Media has released Vocalise 2, the sequel to their previously-released Gravity Pack, Vocalise. With a lineup of professional singers, and a collection of tempo-synced vocal content, Vocalise 2 is designed to deliver over 3 GB of vocal tools for composers and producers of all genres. It features an array of almost 700 sound sources, including vocal pads, phrases, and a collection of rhythmic pedals and motifs.

Recorded at Heavyocity HQ in NYC, the Heavyocity sound design team has leveraged professional performances to build a new virtual instrument from the ground up. Cinematic phrases and contemporary rhythmic pedals were captured in detail to equip music-makers of various styles and formats. These modern performances laid the groundwork for the Heavyocity team to create a new instrument, while still channeling the emotion of the original.

As a "powered-by-Kontakt" instrument, Vocalise 2 offers all playback and sound-shaping functionality through the full version of Kontakt or the free Kontakt 5 Player. Gravity Packs are independent expansion libraries housed in Heavyocity's Gravity: Modern Scoring Tools engine. Use of these packs do NOT require the purchase of Gravity.