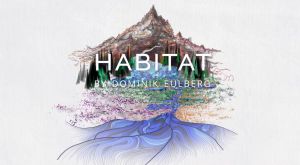 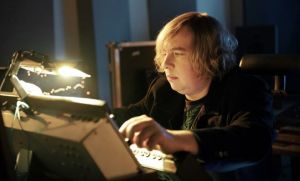 Orchestral Tools has announced the release of Habitat by Dominik Eulberg, blending sources sampled from Dominik's synthesizer collection with orchestral elements recorded at the Teldex Scoring Stage in Berlin. Here's what they say:

Habitat features the sounds of highly sought-after analog synths, including the Roland Jupiter-8, Moog One, MacBeth Elements, Oberheim OB-Xa, Sequential Prophet-5, Deckard's Dream MK2, GRP A4, and Omega 8. All synths were programmed by Dominik and recorded using analog outboard gear at his studio. Though some of the aforementioned synths are monophonic instruments, Habitat lets you play them in full polyphony.

Orchestral samples include midsized string and woodwind sections plus horn, guitar, and piano. All were recorded by the Orchestral Tools team on the Teldex Scoring Stage in Berlin. By using the same studio as other Orchestral Tools collections, Habitat enables you to easily integrate sounds from other libraries and create custom virtual orchestras.

For additional inspiration, Habitat includes a collection of atmospheres - field recordings of the same 10 natural environments and seasons represented in Habitat's other sounds. The atmospheres were recorded in the highest possible sonic quality by Jan Haft, filmmaker, and founder of nautilusfilm. These recordings blend with the other sounds in Habitat, enabling the integration of authentic natural elements into film scores, games, sound design, or any kind of music production.