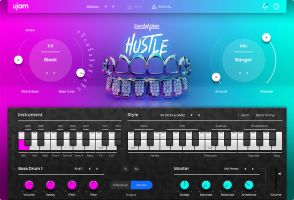 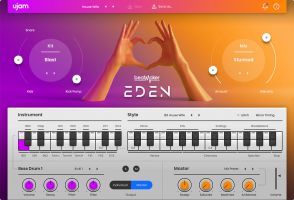 UJAM has announced that new versions of the Beatmaker series are immediately available in VST, AU, AAX plug-in formats for both macOS and Windows.

With the Beatmaker 2 update, UJAM adds significant improvements and most commonly requested features, while keeping the fail-proof spirit of simplicity. Even with an increased number of controls and much more detailed editing and mixing options, the one-page interface stays clean and easy to operate.

The update also delivers twice the amount of styles, patterns and presets for each Beatmaker, all created by renowned specialist sound designers for each genre.

We're really proud of the new looks of the Beatmaker series. Even though we added a whole lot of new features, like the Master Section, or MIDI drag & drop, the interfaces are still easy on the eyes and provide focus on the essential task: making music. With the style change from 3D to a more flat look, the Beatmakers now join all other UJAM instruments in their slick, modern vibe. Also, the top section with the genre-specific center-piece should be a real looker and set the tone for many more Beatmaker titles to follow.

The Beatmaker 2 series is now available on www.ujam.com for 69 EUR / USD per title, the Bundle of all three for 139 EUR / USD. Upgrade pricing for existing customers is available, details can be found on www.ujam.com/beatmaker-upgrade.