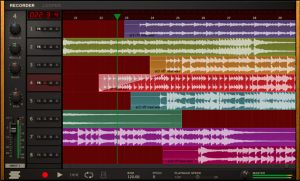 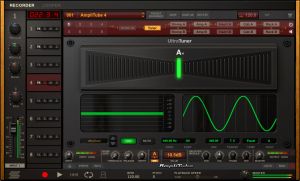 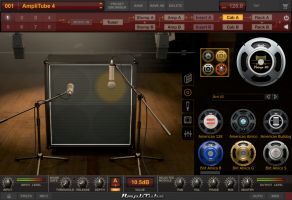 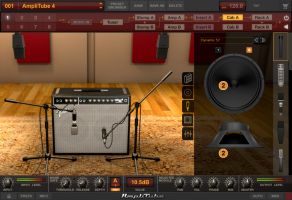 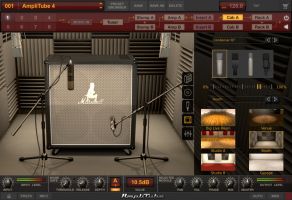 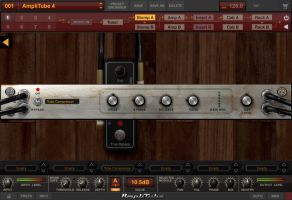 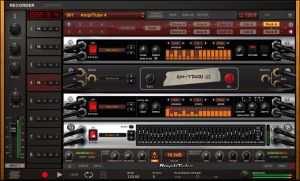 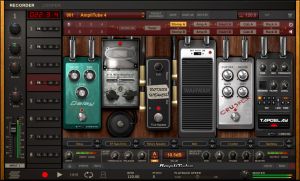 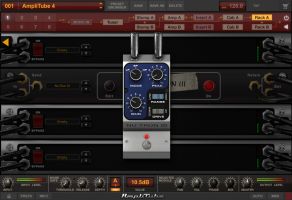 AmpliTube 4 is a guitar and bass tone studio for Mac/PC that works as a standalone application and as a plug-in for your favorite DAW. AmpliTube recreates the entire guitar/bass signal chain from instrument to recording device, and does so in a very realistic and intuitive way. But it also does it in ways you never dreamed possible.

If you're new to using computers to get fabulous guitar tone, then you're in for a treat. If you're a veteran computer tone-master, well, you're still in for a treat. AmpliTube pioneered — and leads the way in — guitar amp and effects modeling, and AmpliTube 4 takes it to the outer edges of extreme hyper realism with intuitive familiar tools.

Learn how to use AmpliTube 4... in KVR Learn

Average user rating of 3.67 from 3 reviews
Read all reviews Add A Review
Report

One of the best sounding Amp and pedal emulations I have. Was my favourite until I heard the Brainworx amp plugin.

Wow. What else can I say? I have never found any amp emulator, hardware or software, that was able to produce a satisfactory clean guitar tone. That is, until I bought my copy of Amplitube. This is an amazing plugin. Playing my Fender Toronado DE-9000, I have been able to get an astonishing variety of tones. Bright ones, dark ones, evil heavy metal and grunge tones, crystal-clean, jazz-type ones, and spot-on 60's garage. If you've ever used a guitar amp before, it will be very simple to dial in a good tone. The CPU usage is quite low (10% on my P4 2.4 1gb ram, Sonar 3.1.1). Stability is very high, no funky weirdness at any time. Not even a hiccup. However you will want to mute your guitar while changing patches, or you'll get a "pop".

I have played tube amps for years, and I know that no plugin can touch the tone or responsiveness of real amps. Nevertheless, there are several reasons for guitar players who record music on computers to seriously check this thing out. First off, the sound quality is superb. I don't know how they did it, but they did. The touch is not like a real amp, but it comes pretty close. It is very playable, and quite satisfying. Even though the sound doesn't quite match up to "the real thing", consider that you will never have to replace any tubes. Not only that, but for a measly $300 or so you can get a virtual roomful of classic amps to play around with (and it takes way less space). Another nice feature is that you can easily put any instrument through it for subtle coloring or perhaps complete destruction.

It comes with a good assortment of presets, which are designed to demonstrate the breadth of the sounds you can get from this thing. It even has some bass presets. Most guitar players like to see a few examples before adjusting their own settings, so I think there are enough presets for most people. Additionally, the IK website has a user preset section that's pretty well stocked. The main benefit I've derived from the presets is figuring out how to best use the post eq section.

As for tech support, never tried it. The documentation is excellent, covering each feature in detail. There is even a training video on the website. I do agree with the other reviewers in that challenge-response authentication is not ideal. It works, but it's an added pain. While we're on the subject of things I don't like, add in that the delay is not tempo-syncable. That's the worst problem I could find so far, and it's no big deal because chances are you've got at least three tempo-syncable delay plugins installed right now.

All in all, this is the perfect plugin for computer-oriented guitar players. You'll have a nice assortment of tones to use for recording or even just playing (imagine that). I got a copy of T-Racks for free (their special limited time 2-for-1 deal), so I'd have to say it was a tremendous value for the money. I would have bought it anyway, though, because it just sounds so damn good.Read Review
Report

Out of Warp, Revalver and Amplitube, this is far and away my favourite.
Compared to Warp, it is far more flexible, with more features and a wider variety of sounds. And Warp's sound is not, to my ears, particularly impressive.
Compared to Revalver, it is perhaps slightly less flexible since it has a linear rather than a modular design. To me, Revalver can also match Amplitube on simple clean sounds. But other than that, Ampitube sounds much better to me: it doesn't have that exagerated, gimicky sort of sound that I often hear in Revalver and some hardware modelling units (like the first POD units).
UI: Looks nice, easy to understand, kind of big &amp; 3 pages long, but there's a lot to fit in there.
Sound: Very good. The effects are modeled after typical guitar stompboxes and such. The spring reverb is very nice.
Features: Plenty. Maybe the mic simulator could be a little more flexible. Some people might find the pre-amp pedals or the post-amp effects superfluous.
Docs: Very nice; they explain the routings and talk a bit about the hardware that is being emulated.
Presets: Quite a few and a good range.
Customer support: Never used it, but I'm penalizing them for their challenge-response system (didn't cause me any problems but I don't like it).
VFM: Obviously if you're comparing it to hardware, it's dirt cheap. But I think it's more reasonable to compare it to similar software. Difficult to do since nothing else quite does what it does. Its price is about what I'd expect for a plug of this quality and with these features, but these days there are so many cheap/free plugs that offer *some* of the funtionality of Amplitube (simulanalog guitar suite, green machine are of special note), a lot of people probably will probably feel that the price could be a little lower.
Stability: Some people have reported crashes or problems when using more than one instance, but I've had none. Edit: I've now encountered some stability issues. First, the plug seems to suffer from the P4 denormal problem, which by this point is simply inexcusable. Second, the plug sometimes just "gives up" and begins outputting nothing but intermittent pops, requiring me to unload & reload it.Read Review

So what is exactly new??

Extract from the text : "AmpliTube 3 contains over 160 pieces of gear including models from the most sought-after vintage collections and modern day workhorses. You'll get 51 individual stompboxes and effects, 31 amplifier preamp & power sections, 46 speaker cabinet models, 15 high end stage and studio mics, and 17 post amp rack effects. Plus, with the AmpliTube 3 open architecture, you can add more packages as you need them."

Im curious as to what has been updated, as I see no new amps or effects at IK.

Is it just plugin support for aax?

I think yes. Just support to AAX... plus as usual a correction of a few bugs.

But I suggest you to ask directly on their Amplitube forum, here :

And the best should be to ask... where the hell are the release notes for Amplitube on their website ? Because I must confess that in two years that I use it... I have myself never found them.

I you ask it, sure I shall see your question since I follow everyday their forums for Amplitube, TRackS, Sampletank and Sampletron.

I love AFD100 so much :) https://www.youtube.com/watch?v=lQc-BNfuLfo

Just to inform you, there is a free new update for AmpliTube in your the User Area -> My Products section (https://www.ikmultimedia.com/userarea/) of your IK Multimedia account. Make sure to download this and check out the new AmpliTube 4.6 version's general reliability improvements and integration for iRig Stomp I/O.