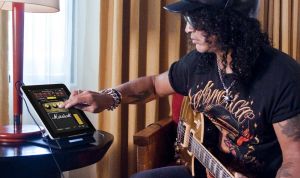 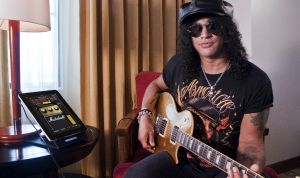 AmpliTube Slash for iPhone features models of all the legendary signature gear used by Slash in the studio and for his live performances. Now you can rock models of the legendary Marshall JCM Slash Edition Silver Jubilee, the Marshall AFD100, Slash's signature guitar pedals, and import/purchase and play along with Slash's extensive discography or any music from your music library. Also included is a collection of 30 Slash guitar tone preset settings, provided as starting points for your own tone tweaking or playing along.