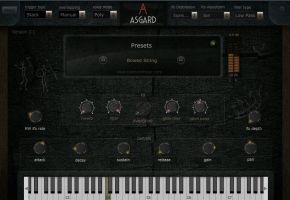 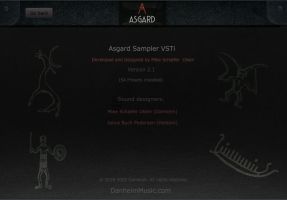 Asgard VSTi is a sampler and Virtual Viking instrument by Danheim.
It includes everything from the most powerful drums, which almost echoes into Asgard itself.
Bowed lyre drones, tagelharpa drones, dark textures, percussions, and every other instrument you can imagine from the Viking age.
– Authentic excavated antique Viking objects were recorded and sampled for Asgard. This is the first time since C.850-1050 AD, that these amazing objects will be heard again, and now come to life through sound and music.