BigKick Expansion V9 - Techno Kicks V3 with Dave Angel by Plugin Boutique is Soundware (e.g. samples or presets that load into other products). 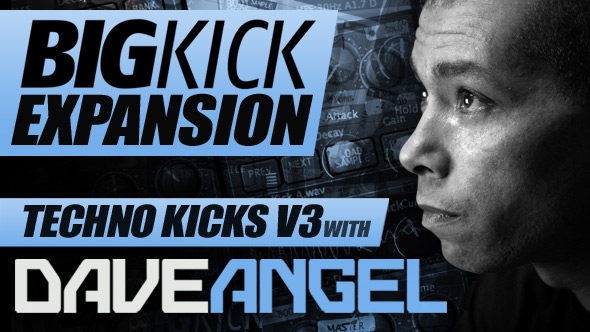 As a major force in the Techno/Acid House scene Dave Angel's status as a 'legend' is anything but hyperbole. Pioneering the Techno movement from an early age Dave has seen his music feature highly in the UK singles charts. His production's paved the way to a worldwide DJ schedule along with remix duties for The Eurythmics, Orbital, Roni Size and Carl Cox.

Since this initial success Dave has not lost his drive to create forward thinking music which continues to be regarded as some of the most influential out there. Since becoming a BigKick user Dave has been designing kicks utilising all the attacks he has built, sampled and used over the years. This collection of 64 presets is suitable and transferable to all modern genres.

The Techno Kicks V3 is a collection of Kicks created by Dave Angel ready to be used in any composition of electronic music.

A word from Dave Angel

"This is a pack of my own personal kicks that I have built and used in recent productions. Feel free to use them however you wish and boost even more power using this beautiful BigKick plugin. Enjoy"

Labs
Rated 1 out of 5 by rahnrasen
29th February