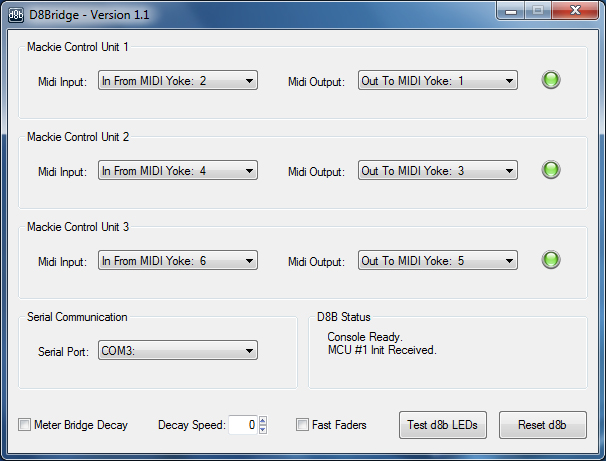 The D8Bridge software converts your old Mackie D8B digital mixer into a modern, full-fledged DAW control surface. D8Bridge has been developed over a period of two years by two Montreal based programmers named Marc Girard and François Vézina.

The Mackie Control hardware units have 9 faders total, 8 channels plus one master fader. To be able to use all of the D8B's 25 faders, we are emulating 3 complete units. It's like having 3 MCUs in one big box.