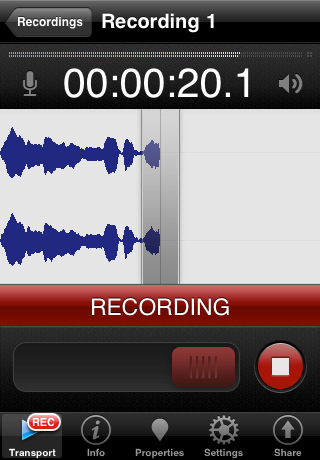 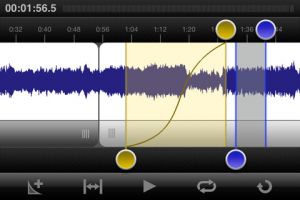 FiRe is a field recording App for iOS devices. It displays accurate audio waveforms in real time, and supports markers, Broadcast WAVE metadata, and the downloading of files in multiple file formats.

You can start recording right away in FiRe, and worry about file format later. When the time comes to share recordings, users can choose AIFF, WAVE, CAF, AAC, Apple Lossless, Podcast, Ogg Vorbis, and FLAC, and with a few taps send them to a computer via iTunes Sharing.

FiRe offers native SoundCloud integration. Record and publish to a SoundCloud account in just a few taps. FiRe now adds the most widely used file sharing service on the web – Dropbox. With just a few taps, recordings can be uploaded to a Dropbox account.

Audiofile Engineering has created new EQ and Dynamics that include compression and expansion with the ability to adjust threshold, ratio, attack time, release time, and input and output gain as well as three EQ filters: Highpass, Lowpass, and a Band Cut/Boost filter.

FiRe features unique input processing presets developed by iZotope. And with FiRe's play-through feature, audio can be monitored before recording to make sure the desired preset is selected. The presets include Dictation, Interview, Lecture, and Office Mode in addition to many more from the previous version.