Fraction by Sinevibes is a Virtual Effect Audio Plugin. It functions as an Audio Units Plugin. 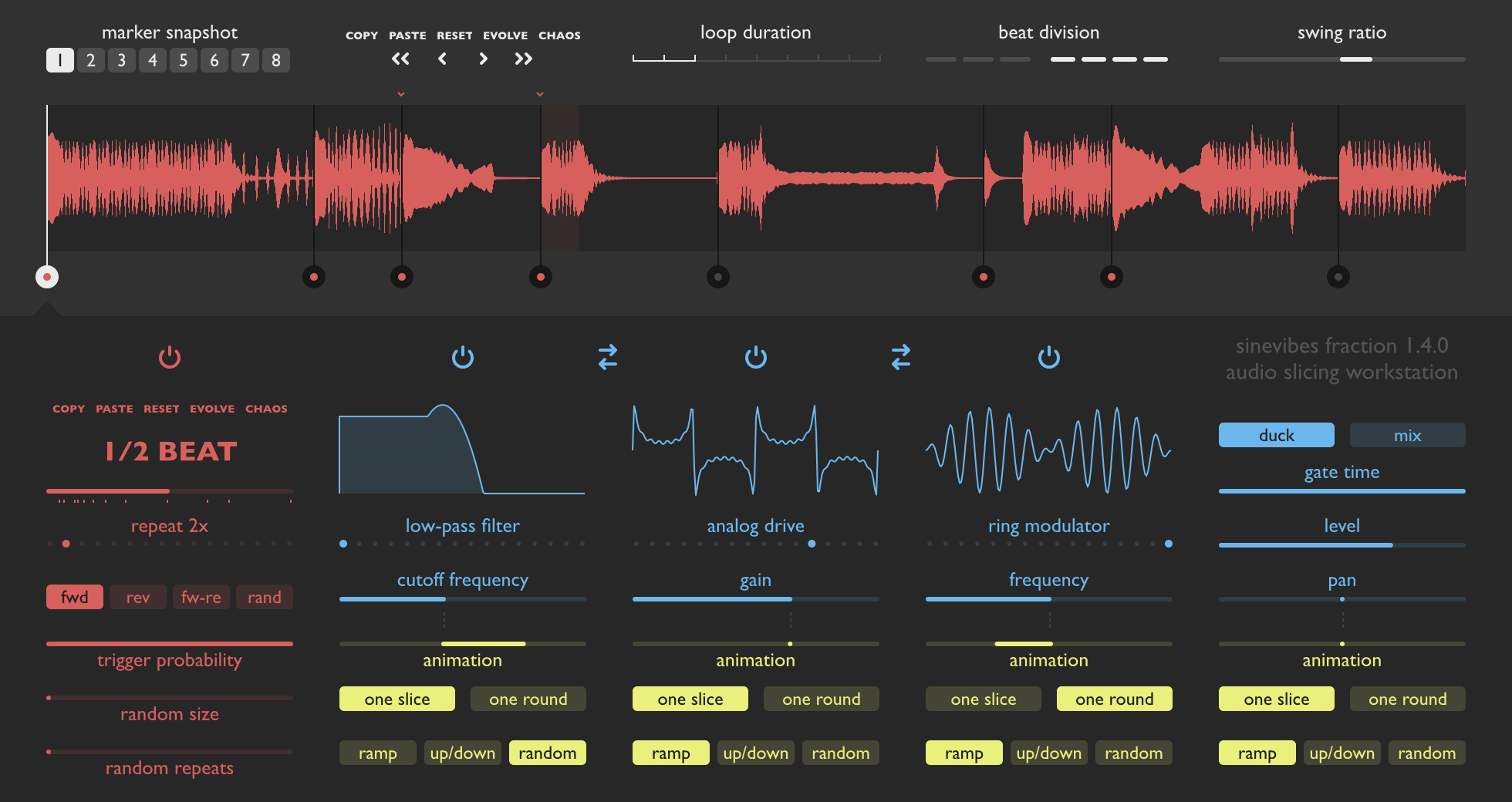 Fraction is a plugin for deep on-the-fly remixing and mangling of sound. It features 8x independent slicers which record and repeat short pieces of incoming audio at defined points in time, either mixing with or replacing the original input. Each slicer has options for variable trigger probability and intelligent randomization for producing infinite variations in the arrangement instead of repeating the same loop over and over. Fraction also includes as many as 24x multi-effect processors (three for every slicer) with a diverse collection of finely tuned algorithms, plus effect parameter animation hard-linked to slicer's timing. With such immense power Fraction is not just a great tool for intricate stutters, fills, breaks and transitions – it's more like a little sampling groovebox that operates fully in real time.

Synth Panels Designer, FREE UI design software by Soundmit and Faselunareby VariKusBrainZ @ 12:55 in DIY: Build it and they will come