Hatsune Miku V3 by Crypton Future Media is a Virtual Instrument Audio Plugin. It functions as a VST Plugin. 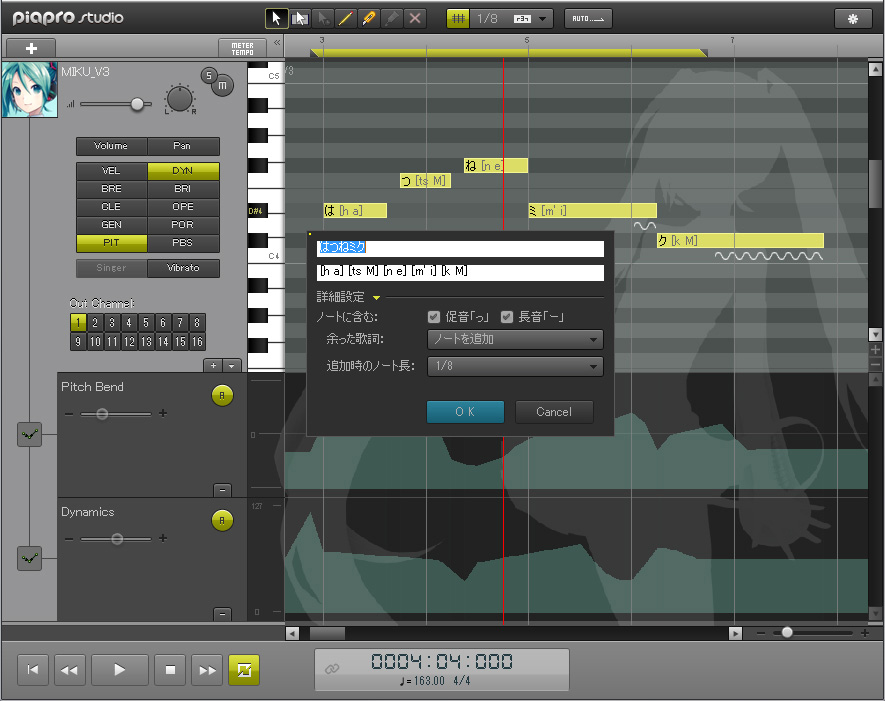 A vocal editor that allows you to easily operate and modify Miku's voice, Piapro Studio works as a VSTi plugin, and therefore performs at a high compatibility with main music production applications (PreSonus Studio One, Ableton Live, Steinberg Cubase etc.).

Support for the AU (Mac) plugin is scheduled for an update. With this feature the usage with Apple Logic and Apple Garage Band will be possible.

Hatsune Miku V3 English comes in an all-in-one package for your own music production of Miku songs. The product contains Miku's English singing voice database, vocal editor Piapro Studio and the music production application Studio One Artist Piapro Edition coming with over 200 virtual instruments (guitar, piano, drums, and various other synthesizers). All applications can be synced with each other which enables you to easily produce whole musical compositions.

With Studio One Artist, you can not only create rhythms and melodies, but also add all kinds of effects on Miku's voice. The software's intuitive operation interface allows easy editing, mixing and mastering of your musical creations.

Studio One Artist Piapro Edition comes with over 200 instruments, enabling your creativity to explore and compose for a wide range of music genres.

Behringer - System 100/55- NAMM 2020by Sequent @ 14:04 in Hardware (Instruments and Effects)How the frick does good distortion actually work and/or how do I analyze it?by Z1202 @ 14:03 in DSP and Plug-in DevelopmentView All Latest Posts