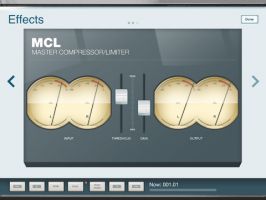 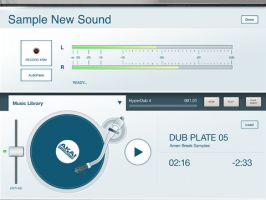 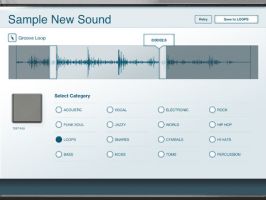 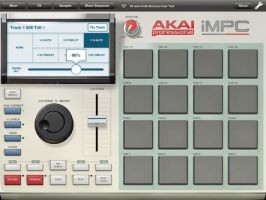 iMPC by AKAI is a Mobile Audio App and a Standalone Application for iOS. It functions as a Standalone Application.
Product
Version
1.4.1
Tags
Tags:MPCAkaiAkai MPCiMPC
My KVR - Groups, Versions, & More
24 KVR members have added iMPC to 8 My KVR groups 25 times.
Not In Your MY KVR Groups
(or group limitation prevents versioning)
16 +1 I Own This
2 0 My Actual Studio
2 0 Favorites
1 0 I Want This
+4 in private groups

iMPC is a powerful music production app for iPad developed in partnership with Retronyms.

With more than 1,200 samples, 50 editable programs, 80 editable sequences, and iconic MPC workflow, iMPC is the first app to bring all the functionality of a classic Akai Pro MPC to iPad. iMPC includes everything producers need to create a beat quickly and easily, including an exclusive iMPC sound set and a comprehensive Akai Professional sound library. The app's built-in sampler can record samples three different ways: using the mic on the iPad, using the line input on the iPad, or using the multi-touch turntable interface in iMPC to record samples directly from iTunes or other music libraries. iMPC also works seamlessly with Tabletop from Retronyms, a modular environment for iPad that allows users to mix and match different devices, including samplers, mixers, effects, sequencers, and more.

Tracks created on iMPC can be exported to MPC Software, Akai Professional's DAW for the MPC Renaissance and MPC Studio music production controllers. Social networking is also built in, with sharing to SoundCloud, Facebook, Twitter, Tumblr, and Foursquare accessible at the touch of a button.