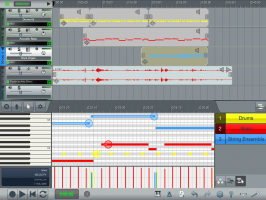 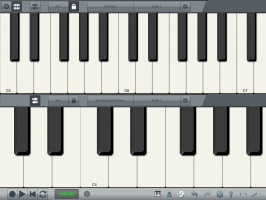 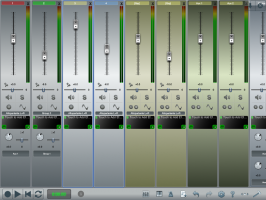 You can also edit, cut, copy and paste, zoom and drag waveforms. All the audio tracks are saved as standard wave files and mixed "on the fly" during playback.

Once you are satisfied with the recording you can send it by email with a touch of the finger. Or you can mixdown the recorded song in standard .wav or .m4a format which you can later open with any 3rd party audio application or use to create an audio CD. You can also export the song in multitrack .sng format and open it with the desktop (Mac and Windows) version of n-Track.