Panpot by Goodhertz is a Virtual Effect Audio Plugin. It functions as a VST Plugin, an Audio Units Plugin, a VST 3 Plugin and an AAX Plugin. 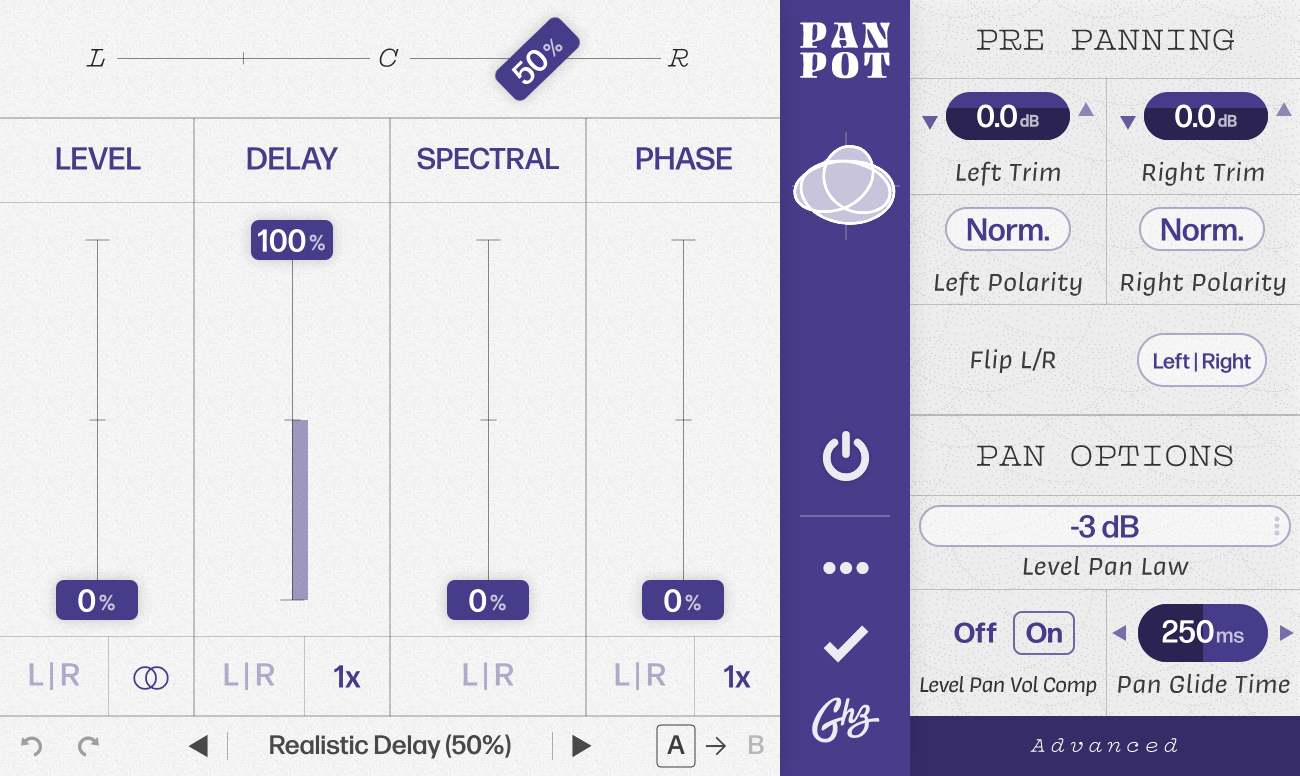 Panpot brings together four different modes of panning in a single plugin that will transform the way you think about stereo.

How does it work & what's wrong with my current panner?

There are a few different auditory cues that enable humans to hear spatially — that is, to identify the size, location, and distance of a sound in space. These cues fall into four main categories:

The traditional audio level panner — the one found on almost every audio console since the 1970's — gives an engineer control of only one of these cues: level differences. Level panning works well enough for some things, but it often falls short, forcing us to rely on other tools (like delays, reverbs, stereo widening, EQ, ...) to achieve more depth and definition in the stereo field.

You can think of level panning as panning in black & white; while you can convey some sense of light and dark, you don't have access to the same depth, nuance, and range that you would if you were working in color. Panpot gives you the full color spectrum for stereo audio cues. You can choose to use it however you like: for realistic, hyper-realistic, or totally unrealistic spatial effects — Panpot gives you four different panning "colors," but we don't tell you what to paint.