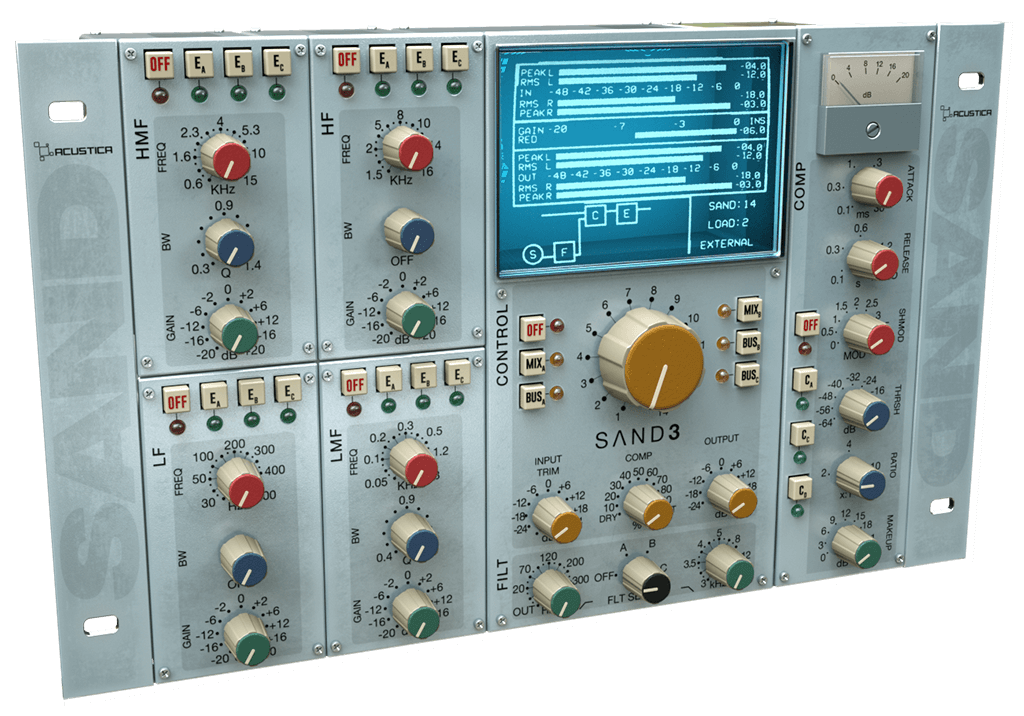 Sand 3 by Acustica Audio is a Virtual Effect Audio Plugin for macOS and Windows. It functions as a VST Plugin, an Audio Units Plugin, a VST 3 Plugin and an AAX Plugin.
Product
Version
1,0
Product
Version
1,0
Tags
TagschannelstripAcustica AudioSand 3
Effect
Formats
My KVR - Groups, Versions, & More
4 KVR members have added Sand 3 to 2 My KVR groups 4 times.
Not In Your MY KVR Groups
(or group limitation prevents versioning)
3 0 I Own This
1 0 Favorites

SAND3 is a VST/AAX/AU plug-in suite which reproduces the sonic behavior of a series of high-end British consoles which literally dominated the Pop and Rock scene from the '80s onward.
Sound engineers from all over the world swear by their forward, slightly 'aggressive' sound as well as their logical layout.

In addition to a fully replicated channel strip, SAND3 includes 3 EQ modules, a compressor inspired by 3 different British units, and a preamp module, for a total of 6 plugins.

Last but not least, SAND3 packs the experience of 7 renowned engineers, who have been directly involved in the development of dedicated AI presets, ready for use.