Trap Producer [Bundle Deal] by Prime Loops is Soundware (e.g. samples or presets that load into other products). 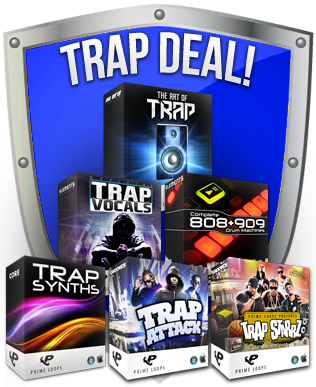 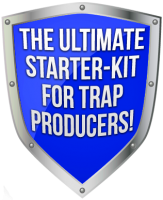 Caught the Trap bug yet? We've got the right medicine for you… Coming straight from the Prime Loops lab we prescribe our BIGGEST Bundle Deal yet - 'Trap Producer'.

This aggressive blend of Southern Hip Hop, Crunk and Dutch House has quickly taken over the map and made its mark on both mainstream & underground music.

Mixing together no less than 6(.) of our baddest Trap sample packs, you'll find all the ammunition you need in the form of earth quakin' 808 kicks & basslines, dramatic chords & synth riffs, signature Trap vocals and much more.

We've spared no expense in bringing you this genre-defining, cash-saving bag of Trap ingredients. Take a look inside and you'll find the following best-selling titles:

At an indulgent 2.4GB+, this combo deal really is value for money. If you're looking for an entire arsenal of Trap ammunition, then you know what to do.

Continue this sentence with song lyricsby vurt @ 18:07 in Off Topic Classics