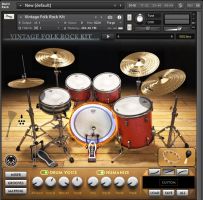 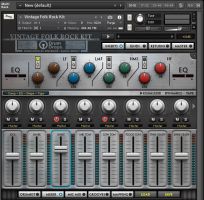 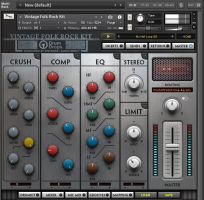 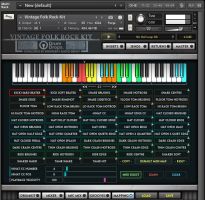 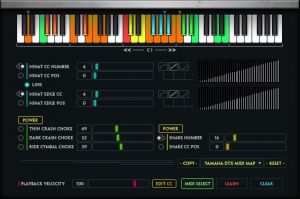 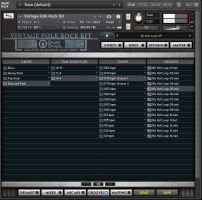 The Vintage Folk Rock Kit Kontakt Pack is perfect for vintage, folk or indie rock tracks with a 60s / early 70s drum sound. These samples were recorded and mixed by the legendary Phill Brown (John Martyn, Bob Marley, Rolling Stones, Talk Talk, Led Zeppelin) whose indepth knowledge of recording bands in these years helped mould the sound of the kit. This kit is in fact not just one kit but three kits in one as we have recorded the articulations with sticks, brushes and hotrods.

The kit was recorded in the drier sounding room at Livingston Studios in London (we saved the brighter room for the Modern Folk Rock Kit. Although the sound is controlled, it has a great ambience around it. Livingston has been used to record a multitude of hit records over the years and is well known for being one of London's top drum rooms.

You can see a walkthrough guide of the Kontakt Instrument {See video at top of page}.

The Vintage Folk Rock Kit, Kontakt pack can be purchased direct from the Drumdrops website for £ 40.00.