849 revisions after the first beta we're back with a release candidate for our big round of maintenance updates.
Getting closer to the release, most plugins can now be tested on Mac, Win, and Linux.
TL;DR:

Download and enjoy the new betas, but please read on if you: 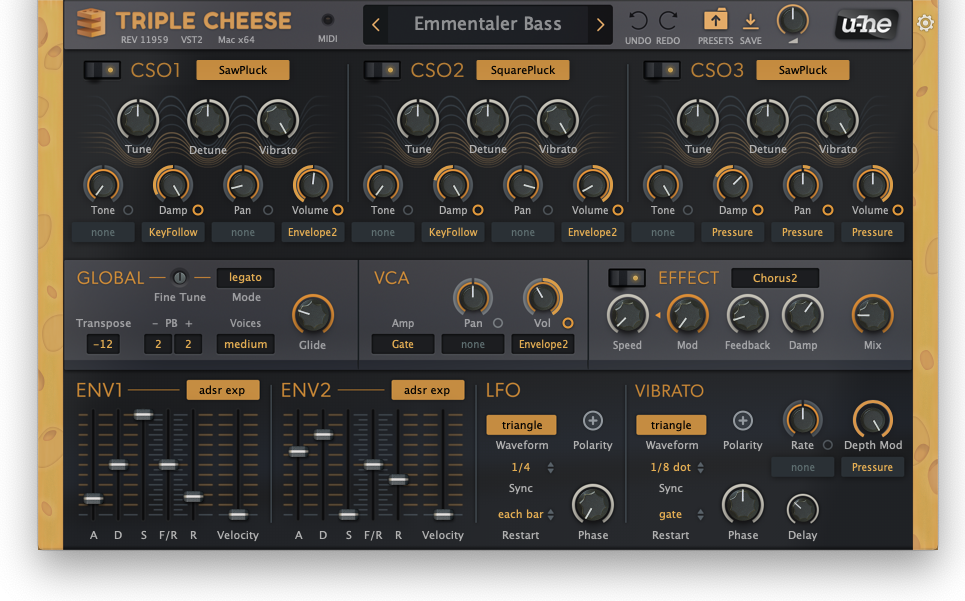 What has changed since the last beta:

Issues discovered with the first beta have all been dealt with.

Rosetta2 is not needed anymore to run the installer on Apple Silicon Macs.

The spooky issue connected to automatic brightnes adjustment on some Macs has been exorcised.

On Big Sur, a few parameters did not visually react to being MIDI controlled when using the AU version, this now works.

We also somehow convinced the VST3 version to show up again on Windows.

And custom fonts are back at work in third party skins.

Diva and Repro got a modernized set of tags to be in line with the rest of the plugins.
The factory libraries of a few plugins have been polished and sorted.

TripleCheese and ZebraCM got some gorgeous new looks, we hope you like them as much as we do.
They actually feel a bit like new plugins to us with those amazing new GUIs.

One special highlight is, once again, Hive.
While seemingly nothing changed on the outside, Urs put lots of thought, sweat and sleepless nights into optimizing its performance. Modules that are not actively shaping the sound are now going to sleep until they are needed. As a result, many presets will use considerably less resources than before.

We are still putting the finishing touches on those updates, so no exact release date has been set yet.
Just don't find any bugs, and everything will be ready soon.

[MOD EDIT: all downloads are final and will be available from u-he.com shortly] 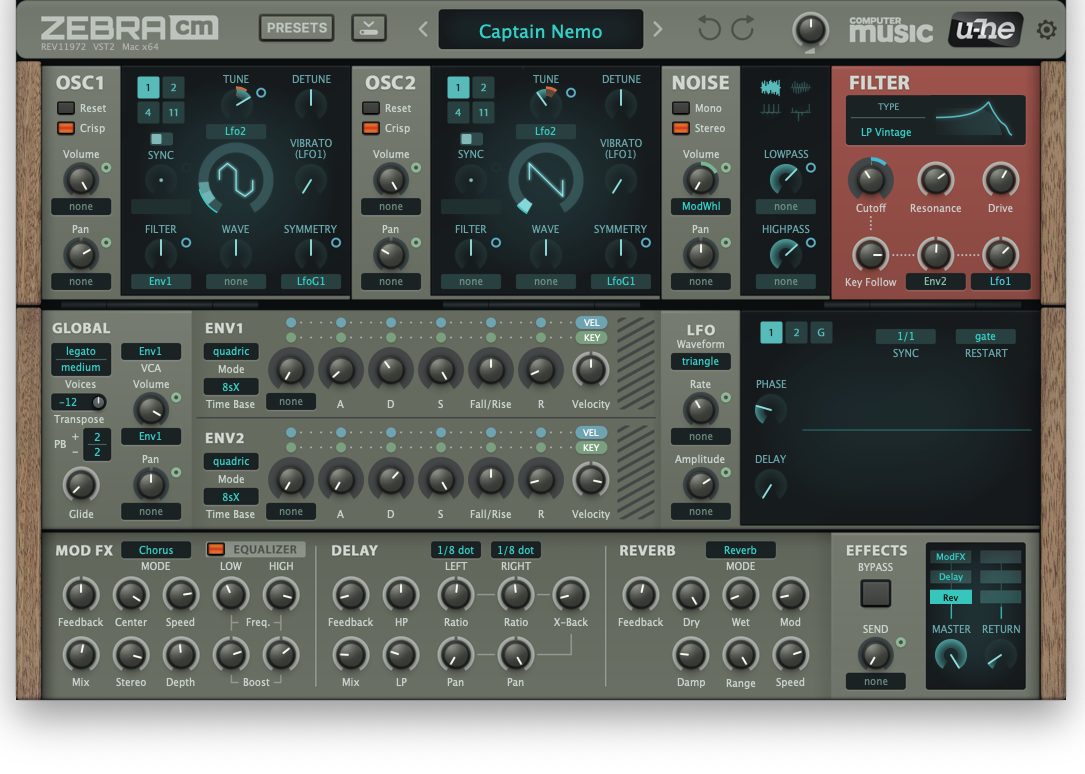 Here's a condensed overview of what changed since the last official release:

Many smaller and bigger issues have also been addressed in each plugin.
For a complete list please check each product's changelog page after the official release.
Here are just a few of the plugin specific improvements/fixes/new features:

Envelope triggering via LFO and sequencer was reworked in order to fix multiple bugs in this area. This means some presets might not sound as intended anymore. We therefore recommend to finish ongoing projects before updating to the new version. Please refer to the "Patch Conversion Tips" file to get more info on how to adjust your presets.

* Modernized set of tags
* Mod matrix modifiers now on the GUI (previously only available via context menu)
* Fixed: Playback issue when switching from an arp to a sequencer preset

About AAX support on Mac:

We moved our entire codebase and deployment workflow to be fully compatible with Apple's Silicon processors last autumn. This was no small task and involved a lot of work and time. It was a necessary step to stay future proof. We now have a build process that creates a single installer containing all the plugin formats and files for Intel and Silicon Macs.
Avid, however, to this day, strongly recommends against publishing versions of AAX plugins that are compiled on a build system which is compatible with the Silicon M1 development scheme.
As a result, we are not able to provide any version of AAX plugins for Macs at this moment, neither for Intel Macs nor for M1 Silicon Macs.
All we can do is wait for Avid to supply an updated, compatible SDK.
Once this happens, we will reintegrate support for the AAX format on Mac, and issue another round of updates as soon as possible.
Please note that Windows users are not affected by this. Our current updates include an up to date AAX version, just as usual.

While we were able to improve multi-core performance on Macs by implementing QoS (quality of service), using the multi-core option of our plugins is not yet working as effectively on the new Silicon chips as it is on Intel chips. However, all our tests so far have shown that you certainly won't miss it, as those chips are extremely powerful and the system is already doing a very good job at distributing the load across all available CPU cores.

About the plugins not included here:

Filterscape, MFM2, TyrellN6 and Uhbik are not forgotten, yet there are circumstances that prevent us from including them in the current update round. Rest assured they will all receive updates at a later point.

As usual, we cannot post a beta version of ZebraHZ here. If you create new presets using this Zebra2 RC version, please be aware that this will trigger a "plugin too old for this preset" warning if you then try to load those presets from inside the current release version of ZebraHZ.
Some final notes:

As usual, those are beta versions. Expect the unexpected, and backup your presets before installing the update. Better safe than sorry.

The factory libraries of Protoverb, TripleCheese, ZebraCM and Presswerk have been polished meticulously for this update. Files are replaced automatically on Mac. Windows and Linux users, please consider removing the factory library folder before running the update installer.
(but, of course, move any of your own presets to the user presets area before deleting the factory presets)

On Windows, please check the suggested installation paths during installation, making sure the update is installed into the same location as the previous version, and all installed plugin formats are being updated.

That's about it. Sorry for the waaaaay too long post, and congrats if you made it all the way through.

Enjoy these release candidates and let us know if anything seems suspicious or doesn't work as expected.

Very cool!! How do we get the updated Zebra Hz to test If we have bought it?
Top

Sorry, there is no beta for ZebraHZ available.
Once the update is officially released, users can request a new download link through the "my Licenses" page on our website.
u-he
Top

masterhiggins
KVRAF
2824 posts since 31 Dec, 2004 from People's Republic of Minnesota

The CPU improvement for Hive is awesome!
Top

Thanks for the Zebra MTS-ESP.
Great Happiness.
Top

hello, im trying to input my serial number for ubik and its not working, the input box is just white and no writing is appearing. is this an apple silicon issue or something else?
Top

Uhbik is not part of this round of beta versions, we'll attend to it once this is released.
u-he.com | Facebook | Tweets
Top

Uhbik is not part of this round of beta versions, we'll attend to it once this is released.

ah cool thanks. no worries, just wasn't sure why it wasn't working. but thought it might be the new chip so wanted to check
Top

nice, will report back tomorrow

This happened for me for some programs when I installed the NI bundle of Uhe stuff. Despite the white blank bits the registration worked - you just have to rely on typing without seeing it or paste in the numbers