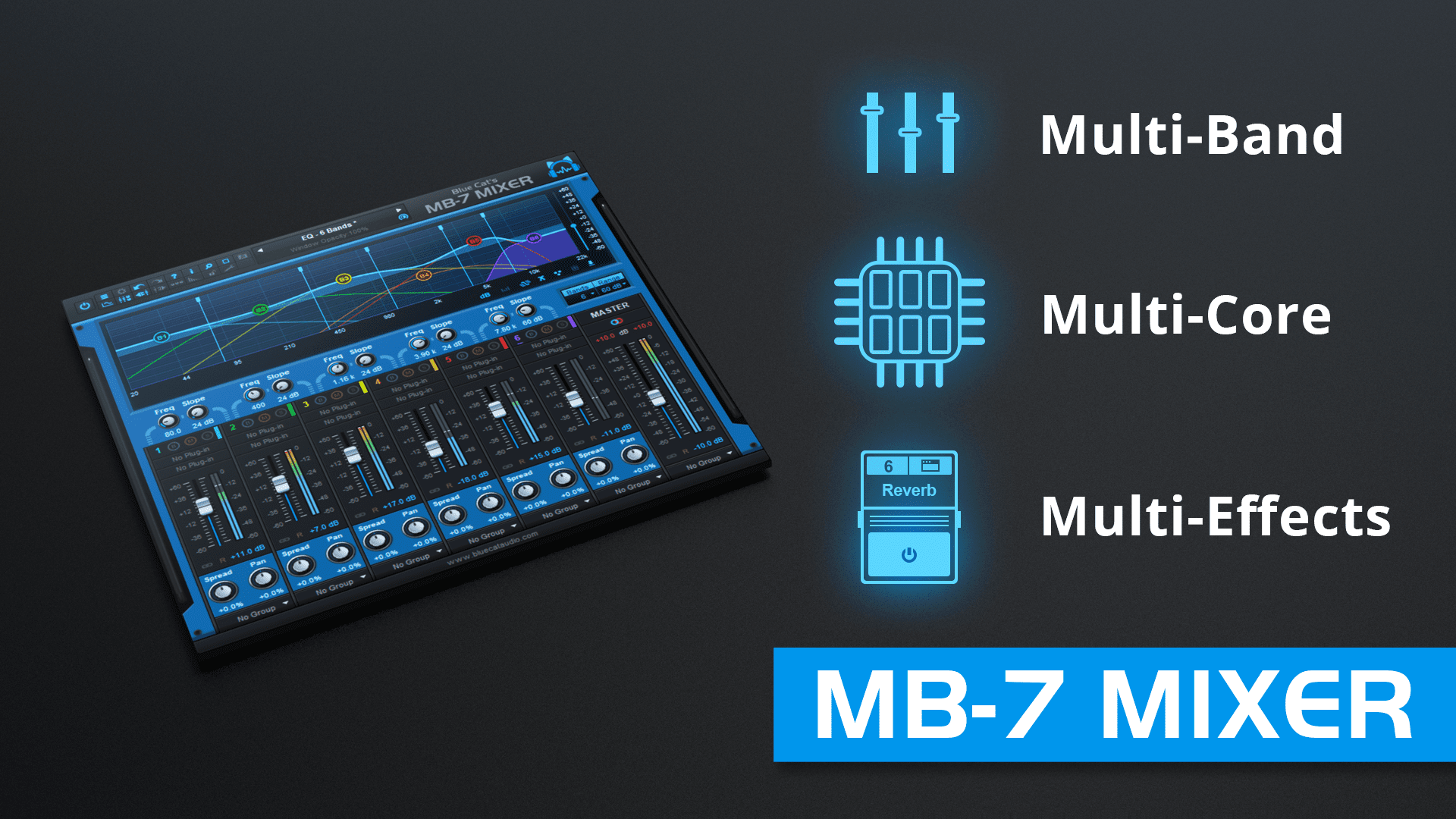 New Features & Improvements:
- Up to 7 times more processing power with the new multicore engine that processes each frequency band on a different core.
- New DSP workload meter that displays the DSP activity and CPU load.
- Added MIDI control support (MIDI CC messages) for Next and Previous Preset commands, with MIDI learn.
- Reduced time to load the MB-7 Mixer or any built-in plug-in.
- Multiple DSP performance improvements.
- Level meters and frequency analyzers are not computed anymore when the user interface is closed, reducing CPU usage.
- Reduced the number of threads used by the plug-in.
- Improved global and preset settings window loading time on Windows.
- Added ability to select the plug-in to load when a shell plug-in file is dragged and dropped onto a slot.
- Full unicode support.
- Preset files can now be dropped onto the preset LCD area to be loaded.
- Improved "Tone Maps" user interface (available for 9 built-in effects).
- Native Apple M1 support available as a preview.

Fixes:
- Fixed host loop end value not properly passed to hosted plug-ins, for the VST2 version.
- Fixed several crashes upon load for multiple third party plug-ins (mostly VST3).
- Fixed MIDI control for hosted plug-ins not always working when fed with silence.
- Fixed VST3 (and sometimes VST) version freezing Ableton Live upon save on Windows.
- Fixed harmonizer and Pitch Shifter built-in plug-ins that did not always flush their buffer upon bypass (short sounds could be heard when getting out of bypass)

FYI
The preview installer for MB-7 for Apple Silicon works without Rosetta 2, awesome.
Thank you.

Now if you can just make other products that I own the same way, that would be even more awesome.

ValliSoftware wrote: ↑
Tue May 04, 2021 6:36 am
Now if you can just make other products that I own the same way, that would be even more awesome.

Fantastic, congratulations! Waiting for the email, then I'll get it. Any news on a linear phase mode?
Top

Hey, amazing plug, just love it!
If i could get a wet/dry control per band, it would probably be the best plug ever.

Thank you : it's an excellent plugin!