This new version adds for both plug-ins a new quick save option for the last loaded preset and fixes latency reporting issues with some VST hosts such as Cubase. It also fixes a feedback problem in some particular cases when the plug-ins are bypassed in Pro Tools (details below).

As usual, this update is free for existing customers and can be downloaded from the same page as the original full version (link received by email)

What's New in Blue Cat's PatchWork 1.71 and MB-7 Mixer 2.51:
- Last loaded preset can now be quickly saved from the presets menu without having to select the file.
- VST: fixed latency compensation reporting in Cubase (no need to re-enable the plug-in to update the latency anymore).
- AAX and RTAS: fixed a feedback loop that could occur in bypass mode when the plug-in was inserted before another one. 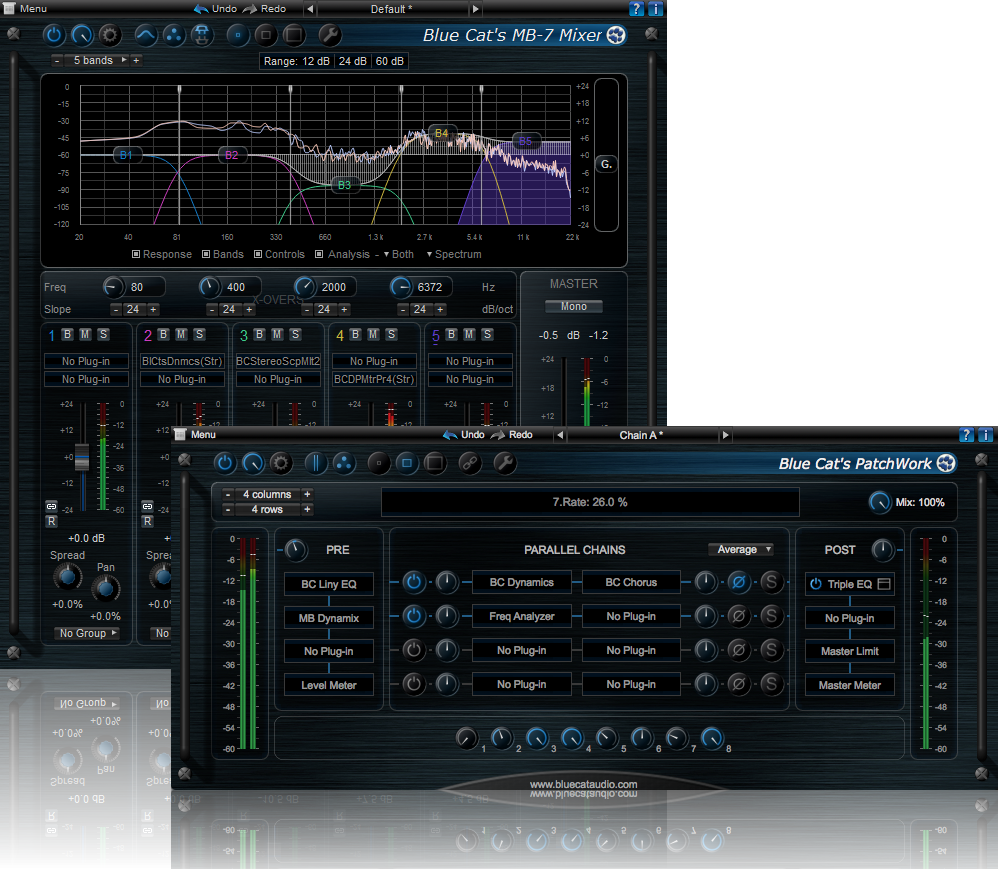 Is there a change in sound quality between 1.7 and 1.71 ? Because i use Patchwork for mastering in Protools 11and i hear a big difference with the plugins i use with 1.7 and 1.71 . With the new PW (1.71) wrapper sounds much cleaner and clear .

Thanks for any info .!
Top

There should not be any processing difference here (this new release only includes the changes mentioned in the post above). have you tried to A/B the output of Pro Tools (compute the difference between bounced mixes)?
Blue Cat Audio
Pro Audio Plug-ins
blog | facebook | twitter | YouTube
Top

Everything is excatly on the samples the same the only diference is the PW version !
Top

Halion5 doesn't work well on protools12.
I use MacBook Pro OS X 10.9.5
Only Halion5 main out works.
I can see other output's signal on Haion5mixer.but patchwork mixer doesn't.
I try other plugin like Halion sonic2.
their multiple out work well.
Top

Have you tried to manually configure the audio I/O of the Halion instance in PatchWork? Sometimes multi out support is not detected automatically (it depends on the configuration of the virtual instrument).
Blue Cat Audio
Pro Audio Plug-ins
blog | facebook | twitter | YouTube
Top

Blue Cat Audio wrote:Have you tried to manually configure the audio I/O of the Halion instance in PatchWork? Sometimes multi out support is not detected automatically (it depends on the configuration of the virtual instrument).

Thanks for your reply.

already I tried to manually configure the audio I/O.But I didn't solve the problem.

I found something about this problem.Please look these screenshots.

I can't solve the problem. 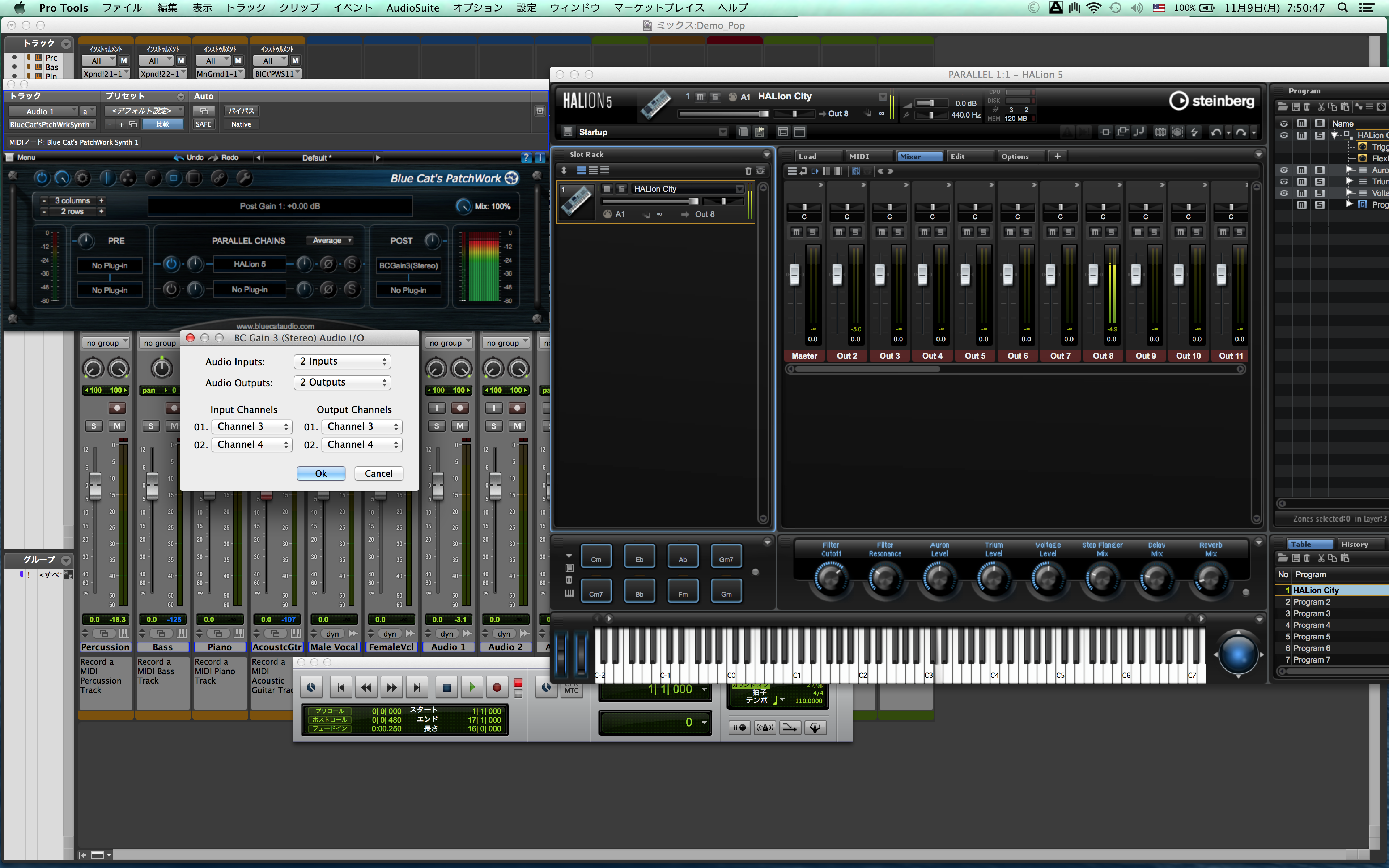 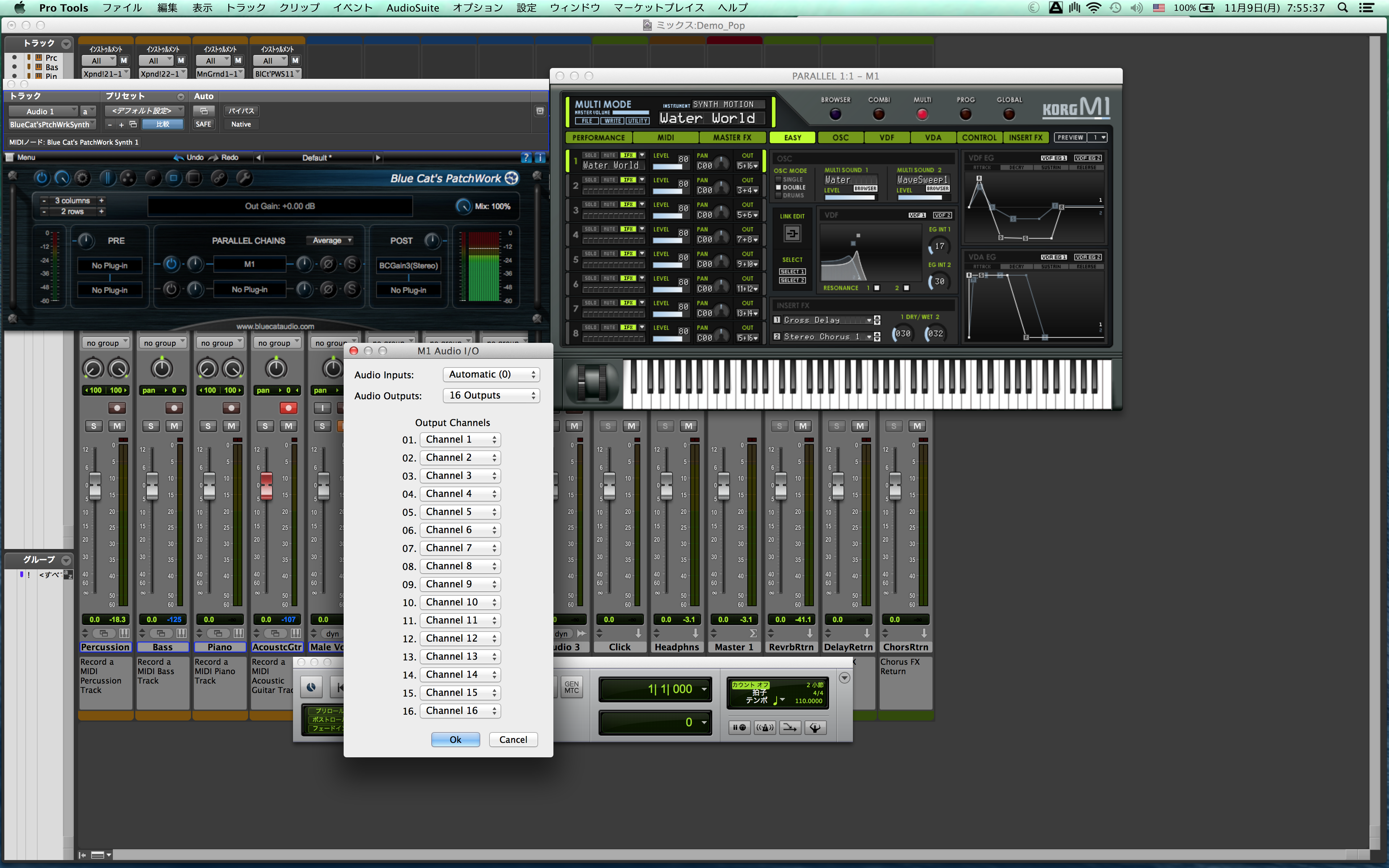 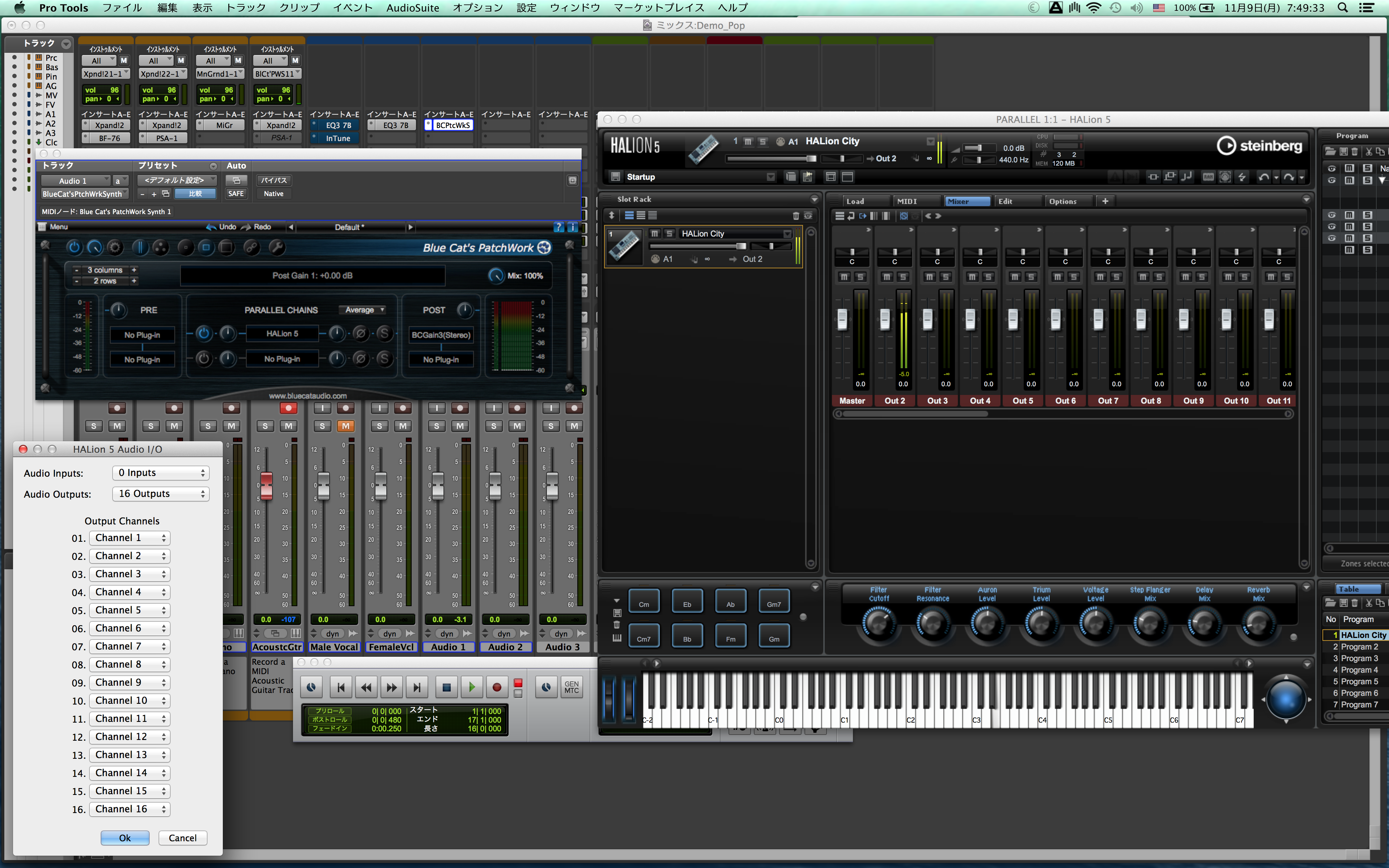 Sorry for the late reply. One thing to know about the multiple outputs is that if they are not connected in Pro Tools (may happen with other hosts too), the meters may indeed not reflect the actual levels, because Pro Tools provide the same audio buffer to the plug-in for all unconnected outputs.