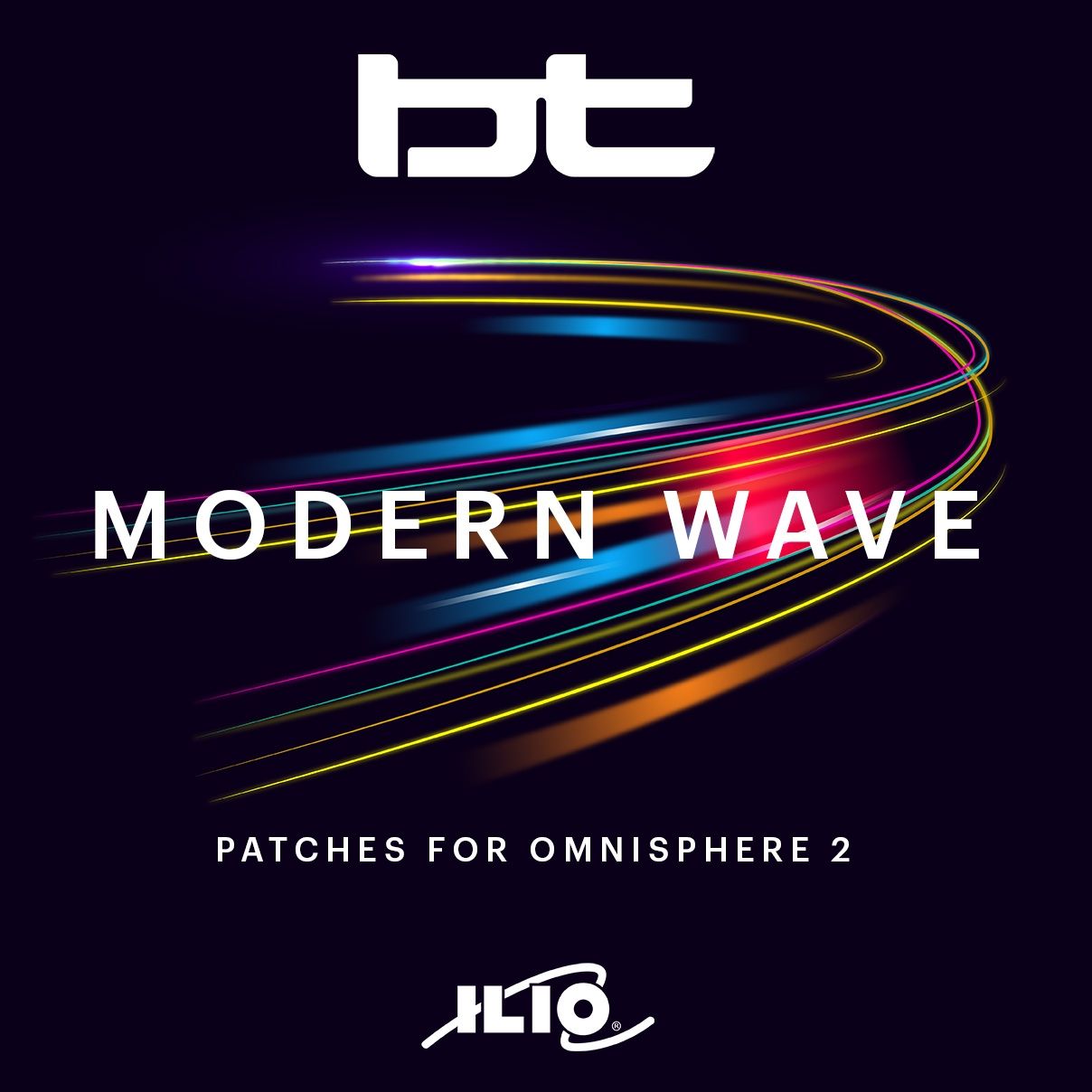 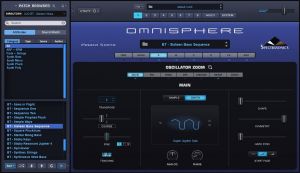 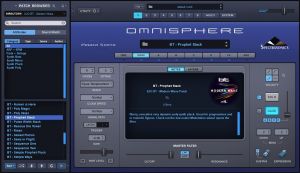 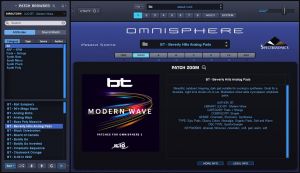 Please note: This patch collection is not included in the ILIO Patch Bundle.

Playing on BT's extensive electronic music background and synthesizer knowledge, Modern Wave is an authentic yet fearlessly inventive collection that includes cinematic arps/BPM, rich pads, leads, deep basses, plucks, and an assortment of poly synth patches inspired by vintage analog synthesizers of the era. Just like a vintage synthesizer, the sounds of Modern Wave can transcend genres and lend themselves to a wide variety of compositional applications. While well-suited for electronic film scoring, textures, and layering with other instruments, Modern Wave truly shines where foreground classic synthesizers are a must, such as in Synthwave, Retrowave, Downtempo and Chillwave, Vaporwave, Dream Pop, Synth Pop, Darkwave, and Future Electro.

Designed by electronica demigod Brian Transeau, this library of 66 patches for Spectrasonics' equally divine Omnisphere 2 synth focuses on big, cinematic 80s-style analogue pads, basses, leads, arps, plucks and polys, and is of particular relevance for synthwave, synth-pop and soundtrack work. The detailing throughout is quite exquisite, every sound is a winner, and although the mod wheel is assigned to the filter more often than not, those patches that do see it doing other things – controlling effects, mixing in extra layers, etc – stand out as the highlights in a performance sense.

About The Sound Designer

Better known as BT, Brian Transeau is an American music producer, composer, technologist, audio technician, multi-instrumentalist, singer, songwriter and pioneer in the electronica music genre. BT has produced, collaborated, and written with a variety of artists, including Death Cab for Cutie, Howard Jones, Peter Gabriel, David Bowie, Madonna, Armin van Buuren, Sting, Depeche Mode, Tori Amos, NSYNC, Blake Lewis, The Roots, Guru, Britney Spears, Paul van Dyk, and Tiësto. He has composed original scores for films such as Go, The Fast and the Furious, and Monster, and his scores and compositions have appeared on television series such as Smallville, Six Feet Under, and Philip K. Dick's Electric Dreams.

Currently, BT is working on new music including his latest two albums "Between Here and You" and "Everything You're Searching for is on the Other Side of Fear" as well as his recent synth pop collaboration with Christian Burns, together forming All Hail the Silence.