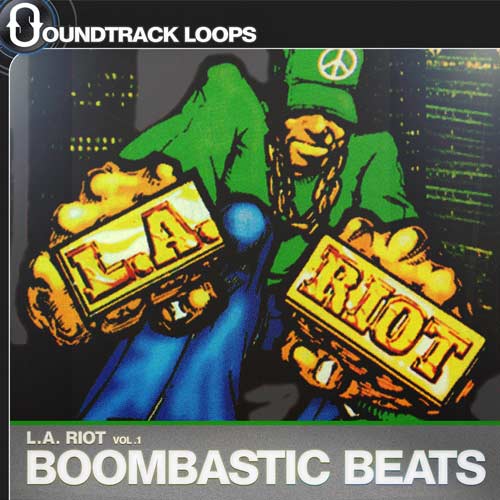 L.A. Riot Vol. 1: Boombastic Beats is a set of drum loops and samples for producing Boom Bap Hip Hop with a 90s flavor.

The history behind LA Riot Vol 1 goes back as far as 1995 when it made its début as CDR-15 for Ensoniq. In a partnership agreement with Soundtrack Loops LA Riot Vol 1 has been translated into popular formats like Recycle RX2, ACIDIzed WAV, and Apple-looped AIFF.

These timeless loops are just as gritty as before yet now they've been reborn in 24-bit 44.1kHz stereo high quality sound. There are in total 256 Boom Bap Hip Hop drum grooves and turntable scratches, all organized by tempo and perfectly looped. There are also 17 drum one-shot samples mapped out for Native Instruments Battery and Ableton Live drum rack.