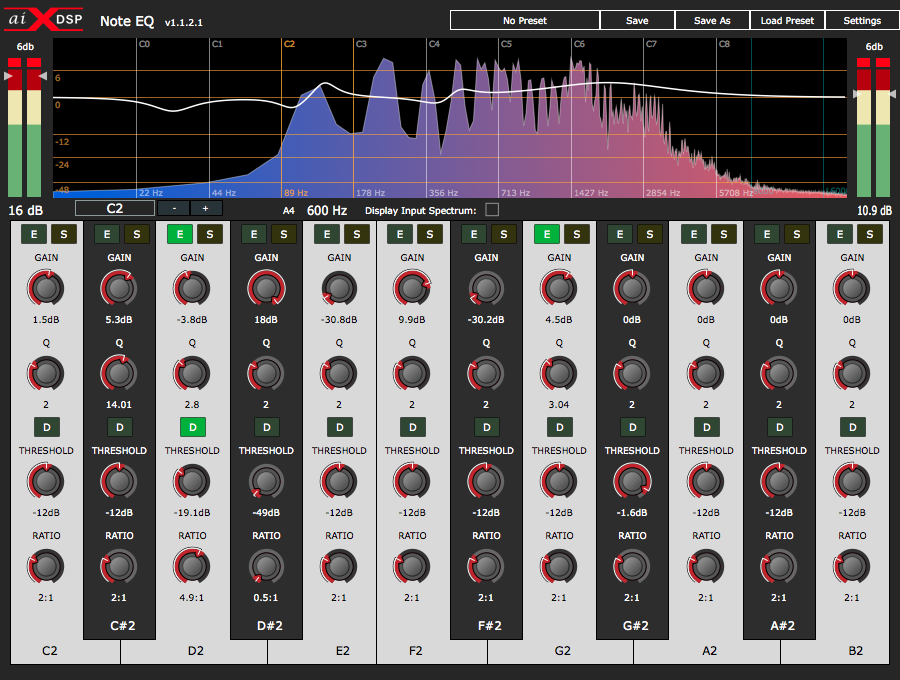 What is it?
NoteQaixdspEQ FinderEQ GuideEQ MatchingEQ TrainingEqualiserEqualizerEqualizer PreampEqualizer/Preamp
Format(s)
Operating System Availability
License & Installation Method
Voucher / Code for redemption on other website
What does this mean?
For related news items, downloads and more please see the full KVR product page for
NoteQ

More than a decade ago, I made a version of this in WDL (thanks Rob!) to deal with the problem of "one note bass" and dealing with overly loud or overly dead bass notes across the bass fretboard. My mastering engineer ended up using it for far more things, and I have been meaning to update it ever since.

In this version, you actually have a limiter per band. In earlier versions, just EQing a hole sometimes caused more problems than it fixed, but now, with the limiter, you can get a hold of the mix when its making trouble and leave it alone when it isn't.

Click "E" (for Enable, were still deciding on the name) in order to enable a band (they are off by default) and "D" in an enabled band to turn on the limiter.

Switch octaves with the +/- buttons under the spectrum. Note that the octaves are shown in the spectrum display so you don't have to do the math.