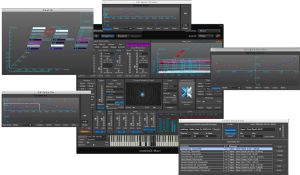 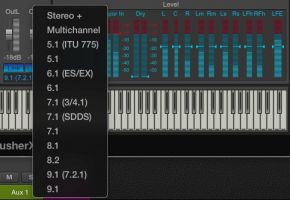 accSone has released crusherX-Mac! 5.5 (Mac OS 64-bit) and crusherX-Studio! 5.5, and updated their license model. They are also offering a 2014 year end discount.

Version 5.5 provides new surround modes (like 5.1, 6.1, 7.1, 8.2, 9.1) that enable surround sound effect productions without additional post effect wiring and LFE generation. In addition, a sync-to-host feature links the granular parameter flow to the host timeline. Filter type change is now included with the morphing system and a Link Length to Birth option in the manual editing mode is designed to ensure easier adjustment of the grain density.

Price: 159 €. The update is free for all registered crusherX-Mac! 5.x and crusherX-Studio! 5.x users. To receive version 5.5 a download of the installer is needed as described in the delivery mail. Upgrade from versions 1.x-4.x: 59 €.