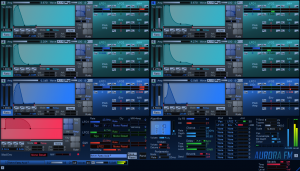 Audio Nebula has announced the release of a major evolution of Aurora FM with v1.0, featuring the following improvements:

Plus, some bug fixes, sonic improvements, and important accessibility additions for the visually impaired.

Price: $32 CDN and a free update for existing customers.