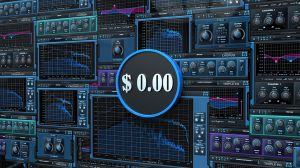 Blue Cat Audio has released an update for all its free plug-ins, adding Apple Silicon support, among several improvements.

The new versions of the 7 free plug-ins now support the new Apple M1, M1X and M1 Pro processors natively, for optimal performance and compatibility. The update also includes improvements in its MIDI implementation, performance tweaks, and several fixes for the VST3 plug-in format (details below). It is a recommended (free) update, fully compatible with the previous versions of the plug-ins.

All these free plug-ins (Blue Cat's Chorus, Flanger, Phaser, FreqAnalyst, Gain Suite, Triple EQ and Free Amp) are available separately or as part of the "Blue Cat's Freeware Pack" bundle. They are 100% free and do not require any registration, dongle, or mailing list subscription (as explained here. They can be downloaded freely on www.bluecataudio.com.

What's New In All 7 Free Plug-Ins: