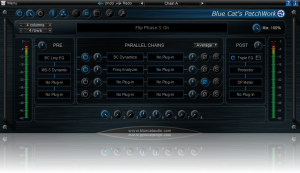 The update is free for existing customers and is available for download from the same page as the initial purchase (link received by email). Demo versions can also be downloaded on www.bluecataudio.com, in VST, RTAS, AAX, Audio Unit and DirectX formats, for both Mac and PC (32 and 64-bit).