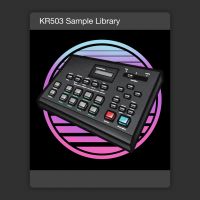 Brave Retro World has announced the release of KR503 Sample Library, based on the sounds of the rare Kawai R-50 III drum machine.

A free demo with a limited set of samples is available for download.