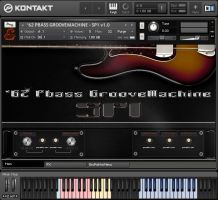 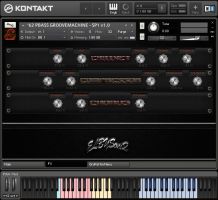 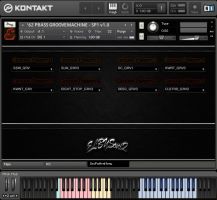 '62 Pbass Groove Machine Soulplayer One from the Groove Machine Series, is a 1.95GB loop library, recorded with a customized Fender P-bass, played between the bridge and the pickup to give the sound more bite and darkness. The bass guitar is equipped with a swamp ash body, LaBella flatwound strings, vintage dual coil SPB-1 pickup and string dampers for a sustain-less punchy tone.

The theme of the loop library from the Groovemachine series is about the sound and the type of loop patterns. The majority of these loops are basic building block loops, which should be used for playing progressions and or broken loop patterns by playing it like single notes. You can use it creatively to create different patterns in combination with the other loop patterns which could end up with over 30.000 combinations.

This loop library fits in genres such as pop and soul and can also be used as a song-writing tool and for inspiration. All the key switches could be automated by your MIDI sequencer in your preferred DAW.

This library contains 55 loop patterns recorded in 12 keys which means no stretched loops. Besides the loops are the transition & fills section (which will be updated with 6 more transitions) and a 2 octave sustained single note section; all 3 sections are combinable in real time with release note samples. Besides a FX section is a section with dropdown menus with 8 different loop pattern groups which are selectable onto 8 keys on the keyboard controller.

The loops are 8 bar patterns added with soulful character and charisma through an API Audio The Channel Strip, converted through a Lynx Studio Aurora 8 into the digital area.