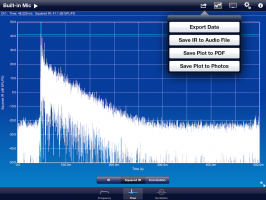 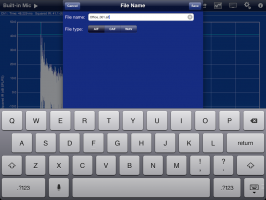 Faber Acoustical has announced that version 2.1 of IOScope is now available for download in the iTunes App Store.

IOScope 2 can now export normalized impulse response data to AIF, CAF, or WAV audio files. On iOS 5, or later, audio files can be previewed with IOScope or opened with other apps on the same device that can open these file formats. Of course, IOScope also allows for audio files to be transferred to a Mac or PC via iTunes File Sharing, or downloaded with a web browser via the built-in HTTP file server.

IOScope 2.1 requires iOS 4 or later, and is now available for download on the App Store for $74.99 (USD) in the Utilities category.

IOScopeAnalyser / Monitor
by Faber Acoustical $74.99
Add A Review My KVR