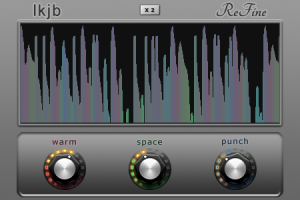 lkjb has updated ReFine to version 1.1.0, which adds a x2 toggle to enhance the effect and also moves the plugin to being based on JUCE. Due to this, the plugin is now also available as AudioUnit for Mac.

Version 1.1.0 won't be compatible with earlier versions but 1.1.0 can be installed alongside previous versions if one of the plugins is renamed. Since the amount of controls isn't too high migrating shouldn't be a problem.

The update is available on KVR.