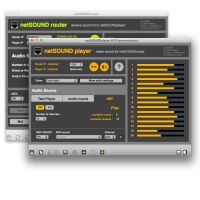 Polyrythmic has updated NetSOUND for Mac OS X to v1.1.1.

Featuring two software applications, "netSOUND player" and "netSOUND router", NetSOUND transports an uncompressed audio stream from one computer to another via RJ45 Ethernet.

What is it for?