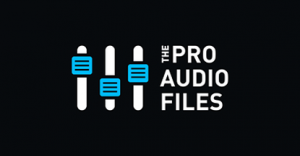 Before beginning this review, I'd like to establish a bit of context. On record, I have said many times that I am not a big proponent of summing mixers.

Here's why: Summing is simply a part of the process, not unlike the faders we use to change level.

Of course, part of the charm of a console is all the subtle changes to the sound as they pass through the circuitry. Nonetheless, the sound isn't inherently good or bad. It just is.

Some would counter to say that the digital world sounds "cold" or "sterile", but that's just a negative spin on what one could easily label as "accurate" or "linear transfer function." Is that good or bad? No. It just is.

So my stance on summing mixers has been that if you want to add some kind of a flavor or vibe to your mix, rock on with your bad self! But if your summing unit is designed with summing in mind, that little bit of vibe or flavor would be just as easily served with the multi-purpose function of, say, an analog compressor with hearty transformers on the outputs.

And yes, there are differences, and yes there are all sorts of reasons for summing mixers like the routing that many are equipped with, but all of that exists already in digital routing. So at the end of the day, it's just a thing, and a thing that can be outpaced in terms of "bang for the buck."

Mine in particular is the Micro-Unit, a passive summing box with 8 inputs. The first two of which can be used to throw mono sources to center just to get a little more mileage out of the unit.

It's an inexpensive box which does one basic thing: sums sources down to left-right.

It does not contain a makeup gain amp. Which is a big minus right? Not at all! This is where my stance on summing shifts a little.

First, the cost stays lower because you're not buying as complex and sourced device.

Instead, the bulk of the cost is left out as you are relying on preamps that you ostensibly already have to apply makeup gain. And one of my big complaints about summing has been the cost is excessive for the functionality.

Secondly, my feeling is that if you are reaching for outboard summing, you should be reaching for the sake of adding color and vibe to your mix. If you are looking for transparency, sum digitally. Plain and simple.

If you want color, a flavor that you can impart to entire mix, then analog summing can come into play.

With the open architecture design, I can pick my preamps for the color that I like. This gives me not only the overall mix application, but also allows me to use the Unit Audio during the mix process for using my preamps as saturation devices.

Now, I feel like I have a more useful application that isn't really covered through other means. And, for those who already own a couple preamps, it's at a price where I can say "yeah, I dig it." Will it make your mixing better? No, summing never does. Will it make your mix better? It can if used properly.

The first is a digital sum.

The second is the exact same mix but summed through the Unit Audio Micro-Unit with Avalon M5s as the makeup gain amps. You'll hear a pretty dramatic tonal shift between the two.

The third is the analog sum with corrective EQ added to make it tonally match the original. Every preamp will apply its own EQ curve which inherently changes the mix balances, so this is more accurate to the idea of "mixing through" the summing mixer.

From a removed perspective a case could be made for either the non-summed or corrected-EQ sum as "better." There are notable differences.

In this particular case, I prefer the corrective-EQ version in terms of overall sound because the music itself kind of has a vibey, misty sort of evocation that lends itself toward what the summing mixer is imparting.

But a case can be made for either, and other variables come into play (such as the fact that I did not mix through the summing unit and I drove the preamp fairly hard).

That said, the audio should lend some insight into potential results and application.

Here's a video where I used the Micro-Unit during the mix process so I could use my preamps as saturation devices.