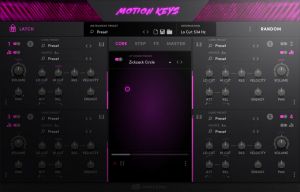 Sample Logic has announced the release of Motion Keys, described as "a refreshingly new approach to the world of keyboards and pianos, utilizing extraordinary organic motion with infinite sound-shaping possibilities unlike any other keyboard instrument."

Motion Keys at a glance: