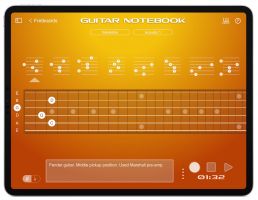 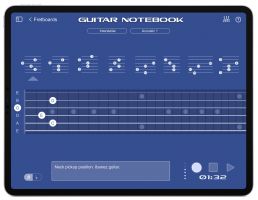 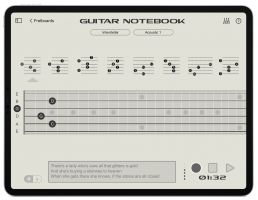 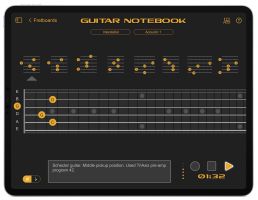 SonaMetro has released a public beta for Guitar Notebook, an app for iPhone and iPad that allows guitarist songwriters to keep all their songs together in one place. They say:

With the ability to add tab chord style notation or any note pattern on a virtual fretboard, a scratch audio track to capture tempo and rhythm, and text for lyrics or equipment setup notes, a guitarist has everything they need to recreate their song later.

All the song data and recordings are synchronized between iOS devices using iCloud, and the app allows users to work offline when they don't have an internet connection.

The company is looking for feedback from guitarists who write songs and/or use DAWs for recording, and has made the public link available first here for KVR users. Beta users who provide feedback will receive a promo code for a free year of service (normally $20).

The beta app can be downloaded here.