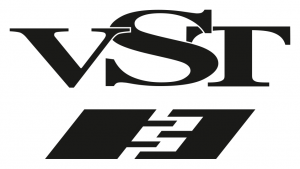 Steinberg has released the SDK for VST 3.7, introducing several enhancements of the SDK interface that allow new levels of integrations between VST 3 hosts and plug-ins, including the new VST 3 Project Generator, improved documentation as well as support for MIDI 2.0 and the development of plug-ins compatible with the new ARM-based Apple Silicon chips.

The VST SDK documentation has been enhanced and can now be accessed online. The detailed documentation provides information on how to develop plug-ins, also including tutorials with lots of examples for both beginners and advanced developers.

The MIDI 2.0 standard announced by MMA (MIDI Manufacturers Association) is already widely supported by VST 3. Detailed documentation on how to employ the MIDI 2.0 enhancements with VST 3 is available at the Steinberg Developer Resource.

Also new is that the VST 3.7 SDK also supports the development of plug-ins compatible with the new ARM-based Apple Silicon chips.

VST is built on the ideas and creativity of the global creative community. We want to lower the entry barrier for the next generations of VST developers, and we can't wait to see what they come up with.

The SDK can be used under free license and is available for download on the Steinberg website.