Triple Spiral Audio has announced the release of Pagan IV for Iris 2, the next installment in the Pagan series with a focus on the mystique and mysterious side of sound design (and with a bit more analog feeling). The soundset is aimed at composers and producers working on productions for film, games, TV and trailers.

Pagan IV contains 75 patches which are divided into Arps, Basses, Leads, Pads, Percussion and soundscapes. All the patches have the 8 macro controls assigned and the modwheel is most of the time assigned to the cutoff filter.

During the introduction of the release of Pagan IV the Zodiac soundset for Iris 2 is on sale as well for €19.95.

Find Iris 2 in the KVR Marketplace 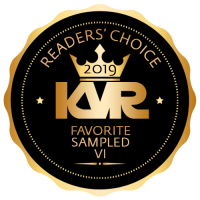